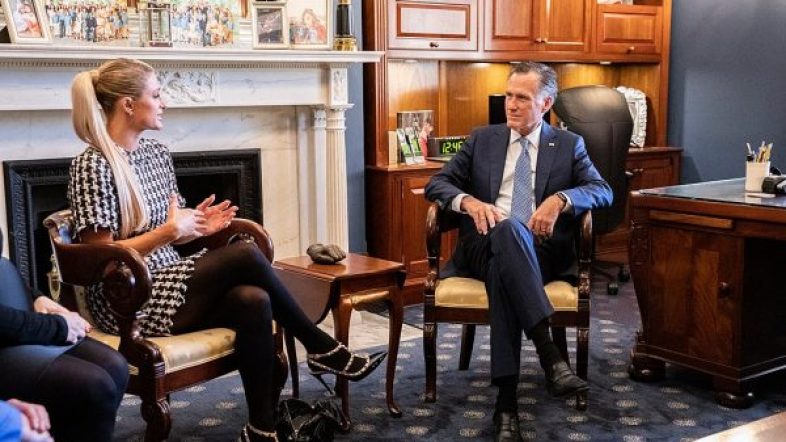 President Joe Biden and House Democrats are pushing a spending bill that they say will pay for itself.

For months, Democrat Senators Joe Manchin (D. – W.V.) and Krysten Sinema (D. – Ariz.) have opposed the reckless spending. Senator Mitt Romney believes that a CBO score of the legislation will deter them from supporting it.

Context: The White House has promised that the taxation within the bill will pay for the cost of the bill.

It is rumored that the Congressional Budget Office (CBO) will show that the bill falls hundreds of billions of dollars short.

Why this is important: Romney stated that the two moderate senators will see this as dishonest from the White House and in turn, will not be able to support the bill.

Five moderate Democrats in the House are reported to also be leary of a bill that adds to the deficit in return for Democrat projects.