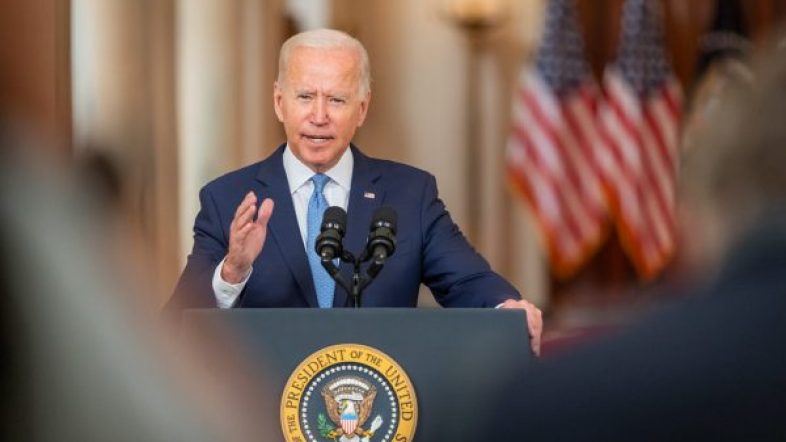 President Joe Biden delivers remarks on ending the war in Afghanistan, Tuesday, August 31, 2021, in front of the Cross Hall of the White House. (Official White House Photo by Adam Schultz)

The president and CEO of the American Petroleum Institute says that Biden policies are a key factor in rising gas prices.

Biden made it a key action to reduce the production of oil and gas in the United States when he took office. Mike Sommers said this is certainly one of the factors.

Context: Over the last year energy prices are up by over 30% and Joe Biden has openly begged OPEC countries to increase their oil and gas production.

Fox News reports that some of Biden’s moves in hindering production include, cutting off the Keystone XL Pipeline, cutting leases and permits on federal lands, and ending access to the Arctic National Wildlife Refuge in Alaska.

The concern is growing for rising prices as Americans enter the winter months and face heating bills.

Why this is important: Energy Secretary Jennifer Granholm has said that the President is on the situation and is using all of the tools at his disposal. So far, that has only included begging OPEC to increase production.

Currently, there are no overt plans for the Biden administration to increase oil and gas production in the United States.

The dependence on foreign oil decreased over the last decade, and now the Biden admin is begging foreign countries for oil.