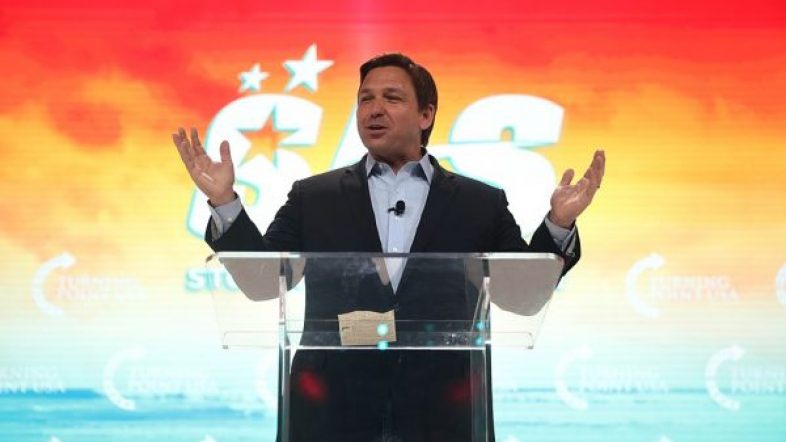 During a speech in which he blasted the spread of the far-left critical race theory.

Context: Critical Race Theory has been pushed overtly and covertly in public schools and corporations across the nations.

Florida Governor Ron DeSantis (R) introduced the W.O.K.E. Act issuing the statement, “No taxpayer dollars should be used to teach our kids to hate our country or to hate each other.”

Why this matters: Any money going to CRT consultants will be defunded from K-12 and higher ed.

The fight against CRT seems to be heating up in Florida and certainly could result in court battles over funding.

DeSantis: “I think it’s important to say, what are we doing positively in terms of what we want to be in our schools. I think we’ve done more than any other state to place a renewed emphasis on American civics and teaching kids about the Constitution and what it means to be an American. And we’ve been able to get requirements back into the high schools, which is very important; we have the ability and we’ll be doing exams when people leave school, which will be like a citizenship exam that naturalized citizens have to take because at the end of the day, everybody that comes through our school system, some of them will go into a variety of different fields but everyone’s going to be an American citizen, and they’re going to have duties and responsibilities. And they need to understand what that means and they need to understand the principles that our country was founded upon.”