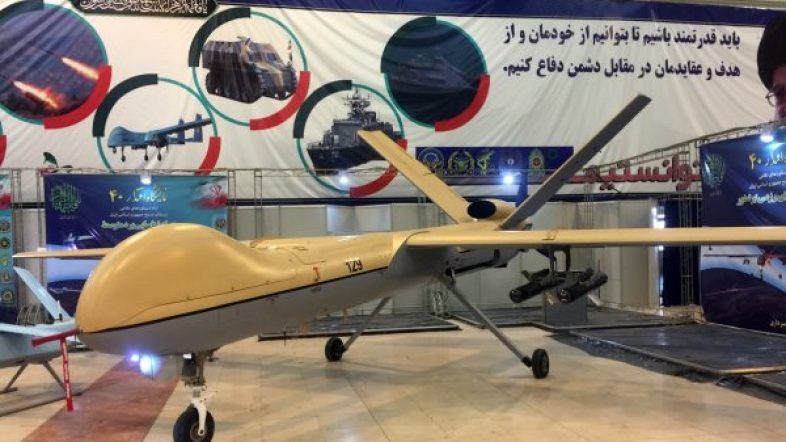 An Iranian Drone in Tehran. Photo by By Fars Media Corporation

U.S. troops in Iraq fought off a second drone attack in as many days on Monday, only a day after an American airbase west of Baghdad was attacked on Sunday.

The Details: The drones, which were heavily laden with explosives, were shot down by the U.S. base’s ‘CRAM’ air defense system. The attacks came after Sunday marked the two year anniversary of the killing of former top Iranian Commander Soleimani, and were likely an attempt to get revenge on US troops.

No group has officially yet taken responsibility for the attacks but Iranian backed Iraqi militias are presumed to be responsible.

The incidents come as US and Iranian representatives continue to attempt to come to an agreement to restore an agreement to limit Iran’s ability to potentially procure an atomic bomb.