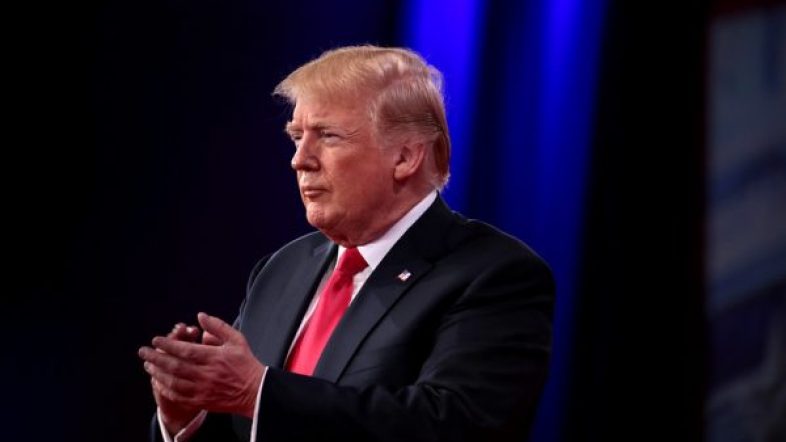 Arriving to a raucous crowd of supporters, former President Trump hit Biden hard while hinting at his plans for 2024.

Trump opened his speech saying the “sleeping giant” of the conservative movement had been awoken. Appearing to tease a 2024 run, he also reference his belief that the 2020 election was stolen, telling supporters, “We did it twice, and we’ll do it again.”

Much of his speech focused on Biden’s weak showing as President. “Joe Biden has turned calm into chaos,” he said. “Stability into anarchy.” He blamed Biden for the crisis in Ukraine, calling him “weak and grossly incompetent.”

“[The war] is an outrage and it should never have been allowed to occur, we are praying for the proud people of Ukraine. God bless them all,” he said, reminding the crowd that he is the only president of the 21st century on whose watch Russia did not invade another country.

He concluded by calling on voters to delver a “resounding defeat” to Democrats in 2024. “We’re going to kick the Biden crime family out of the White House,” he said.

“We will make America great again.”