The Virtue of the Puritan Left

The Virtue of the Puritan Left 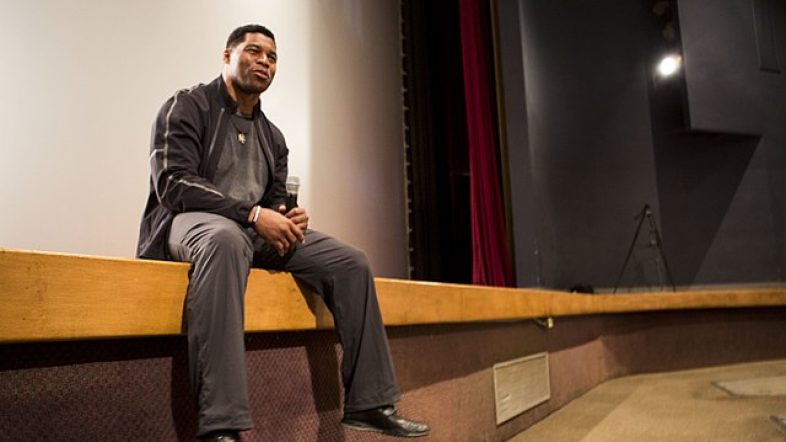 Republican candidate to the United States Senate, Herschel Walker is receiving a substantial amount of attention, these days. He is campaigning as a man for the American people: committed to promoting small business, protecting our borders, honoring our military and police, defending the integrity of the family, and standing up for preborn Americans’ right to life. Recently though, Walker’s campaign has been struck by scandal. The allegation is that he paid for an ex-girlfriend’s abortion in 2009. Since he is running as an avowed pro-life candidate, Walker finds himself having to deal with the accusation.

The implication in both cases seems to be a simple one: If you are not a perfectly virtuous man, you cannot possibly mean anything you say, you cannot really stand for anything, and, most importantly, you cannot be trusted.

The second definition of the word puritan in the Merriam-Webster dictionary is one who practices or preaches a more rigorous or professedly purer moral code than that which prevails. It can be argued that the Puritans who crossed the ocean looking for religious freedom so many centuries ago viewed themselves as possessing a ‘purer moral code’ than that which prevailed at the time in England. They wanted a more virtuous form of Christianity than that of their countrymen. Somehow, it seems as if this way of thinking never stopped. One can almost argue that many people in today’s America are keeping this Puritan’s legacy alive; not through religion, but through politics.

Is it not true, in today’s social environment, that if you do not pledge allegiance to the rainbow flag, you risk being ostracized? Have not pregnancy crisis centers been the victims of pointed attacks on the part of individuals who seem to think that the only true and virtuous position on abortion is a pro-choice one? Do people not risk losing their jobs if they do not submit to the religion of transgender ideology? One must call another human being by some arbitrary pronoun because that human being is ‘virtuously’ exercising his right to redefine himself. And let us not forget that if we do not accept that white Americans are inherently racist, then we are apostatizing against the racial equity creed. The list goes on.

Perhaps this is why Herschel Walker is facing accusations of improper conduct and hypocrisy. Maybe the motivations behind those who are attacking his character are of a political-religious nature; one that has made a ‘faith’ out of progressive liberal ideology. Under such a lens, it is not difficult to see why all our candidates must be perfectly virtuous before daring to believe or support anything.