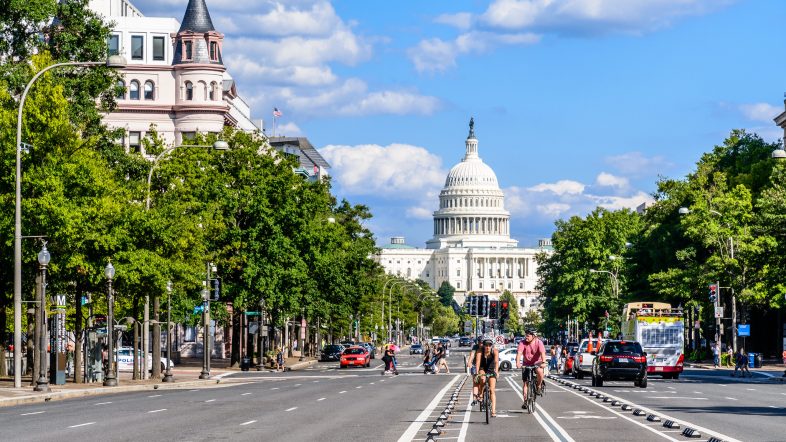 Police are swarming the area in response to an ongoing incident that left four people injured with no one in custody.

This story has been updated. Latest updates are at the bottom of the page.

At least four people have been injured, but all are expected to survive. Three victims, including a 12-year-old girl, were taken two the hospital in stable condition.

Witnesses at the scene said they heard dozens of shots in the area. One witness told FOX 5 she heard “four separate incidents or rounds of gunfire take place.”

The Secret Service is also on scene due to the proximity of the incident to a number of embassies, but there was “no impact to Secret Service protectees” according to the agency.

Video footage posted on Twitter (some may find the linked content distressing), reportedly first posted to the website 4chan, claims to show the shooter’s POV in a clip presumably filmed by the suspect. The suspect appears to be firing from an apartment complex window.

DC Police are asking anyone with information to call their tip line.

UPDATE: Police have named a person of interest.

🚨MPD is seeking the below person of interest in connection to the shooting in the 2900 block of Van Ness Street, NW. This individual is 23 year-old Raymond Spencer of Fairfax, Virginia. 🚨 pic.twitter.com/ziR0Vutw0p

UPDATE: Police say the person the believe was the suspect is dead.

“This was a sniper-type setup,” Contee said of what they discovered in the apartment, adding that police believe there are no other people involved. “Obviously, his intent was to kill and hurt members of our community,” and this person was just “shooting randomly at anyone who was out there.”

*PHOTOS* Multiple firearms and a large quantity of ammo were recovered inside the fifth floor apartment where the suspect was found deceased. pic.twitter.com/3mR2uoqFTM

The peculiar poster on the wall, one of the few if not only decorative items in the apartment, is a depiction of the Nation of Islam figure called Yakub.

In Nation of Islam beliefs, Yakub is a black scientist who lived 6,600 years ago and created the white race through selective breeding. While the story has a controversial history and complicated racial details, current Nation of Islam leader Louis Farrakhan maintains that the theory is true and that modern science backs it.