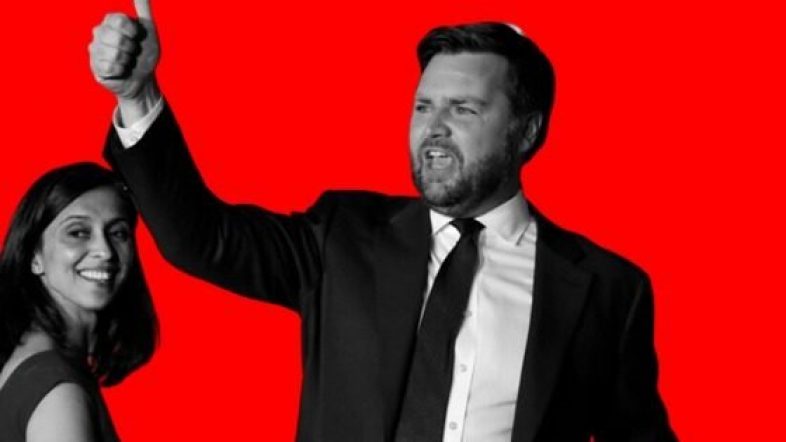 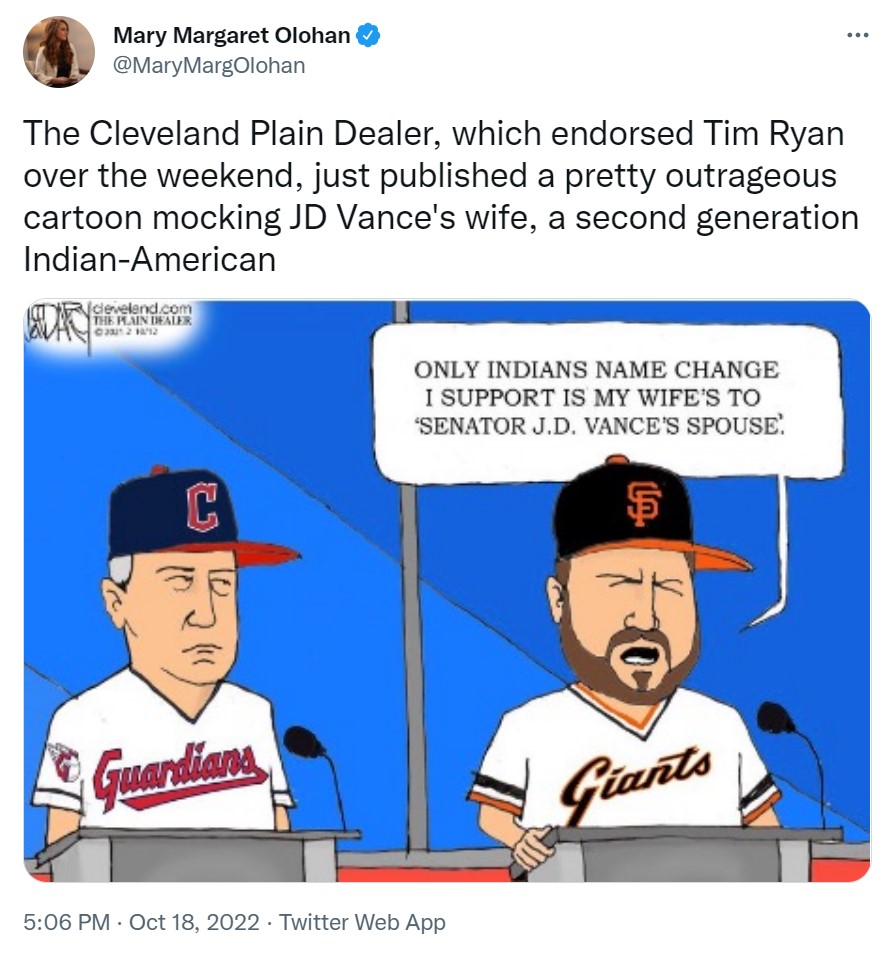 The political cartoon was made as a response to J.D. Vance’s claim that Matt Dolan, the owner of the now Cleveland Guardians MLB baseball team and former political opponent to J.D. Vance, over changing the team name from “Indians” to “Guardians.” Vance claimed that Dolan gave in to the “woke mob.” Similar to when Washington Redskins changed their name to the Commanders in 2021, this name change was branded as a “woke mob” getting control of the name without having any context or reason to do so.

“While the Cleveland Baseball team’s name change didn’t come up in the first debate between Tim Ryan and J.D. Vance, it had in a primary debate and Fox News interview when Vance hit former opponent Matt Dolan, whose family owns the team, over the name change. Vance had called out the Dolan’s for weakness giving into the ‘woke mob,'” political cartoonist Jeff Darcy explained in the article.

Darcy wrote, “So don’t expect to see J.D. Vance sporting any Cleveland Guardians garb. He’s more likely to be in San Francisco Giants gear. Vance had transplanted to the bay city where he made his $millions as a venture capitalist, wrote his bestselling memoir, ‘Hillbilly Elegy’, met and married his wife, Usha, an attorney who works for a San Francisco-Washington D.C. law firm. Usha Chilukuri Vance is an Indian American.”

“I’m a first generation Indian American and my immigrant parents taught me to love this country as much as they do, which is why I’ve never been one to bring race into the conversation. However, the Cleveland Plain Dealer’s woke editors published a cartoon that explicitly encourages bigotry against Indian women by perpetuating a stereotype,” Chabria said in the statement.

J.D. Vance’s Ohio Senate race is among the most watched and tightly contested races. J.D. Vance currently holds a two-point advantage over his opponent, Democrat Tim Ryan, according to Real Clear Politics average of polls. The winner of the race is to fill the seat of the retiring Senator (R) Rob Portman. Tim Ryan has yet to speak about the cartoon and its inherently racial undertones.

While Democrats are calling J.D. Vance, along with essentially all Republicans racist, it’s ironic to put out something racist of their own. Many on social media have called out the cartoon and sparked a discussion about it, however, The Plain Dealer has yet to apologize for the cartoon, and are sticking to their endorsement of Democrat Tim Ryan.