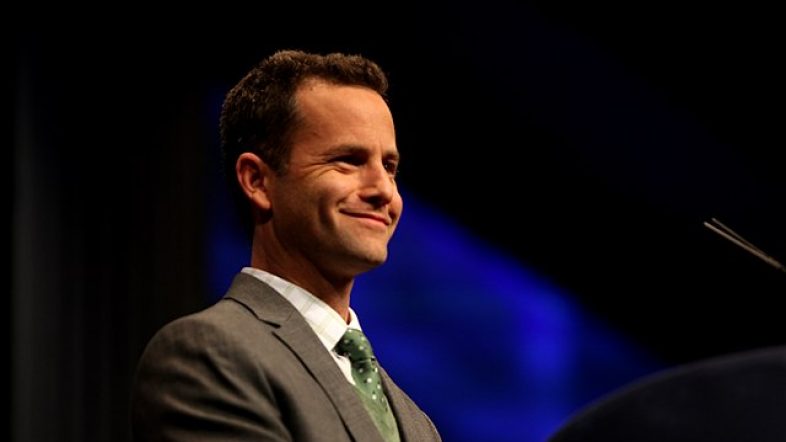 “It’s Pro-Family, Pro-Love, Pro-Forgiveness, Pro-Reconciliation, Pro-Life and Pro-Parenting.” This is how actor Kirk Cameron describes his new movie, “Lifemark.” For this movie, Cameron teamed up with the famed Kendrick Brothers for a new movie based on a true story.

Kirk Cameron sat down and gave an interview about the movie, with MovieGuide’s Evy Baeher Carroll. Lifemark was released to theaters on September 9.

“​​This is an incredible story based on a real-life story, coming out in September, which we’re calling LIFEMARK. It’s actually based on a short documentary film that somebody sent me, and that documentary is called I LIVED ON PARKER AVENUE,” Cameron explained. It’s the story of an 18-year-old girl who finds herself pregnant, she and her boyfriend go down to the abortion clinic, and on the way in, she hears something, a voice, from one of the people that are standing outside the clinic saying something like, ‘Please let us talk with you, your baby has 10 fingers and 10 toes.’”

“She goes inside the clinic and at the last minute, she stops the procedure and leaves,” he continued. “She carries her baby to full term, places her child for adoption, and never tells her parents or anyone. Nineteen years later, she’s married to someone else, and then gets a message that her son wants to reach out and meet with her. She thinks he probably hates her for abandoning him, but he wants to meet her to say thank you for giving me life.

“The movie follows both of their journeys, and then David discovers this mystery about his past and his beginnings that just bring everything full circle for both of them,” he added. “So it’s a very moving film. It’s an emotional roller coaster ride, it’s at least a three Kleenex movie, and it’s got action and adventure and heart and humor, just like the other Kendrick movies.”

The movie also holds a special place in Cameron’s heart, whose wife is adopted along with four of their children.