Here We Go Again, Biden Hiding More Information From the Public About Soros, Hilary, and Pelosi

Here We Go Again, Biden Hiding More Information From the Public About Soros, Hilary, and Pelosi 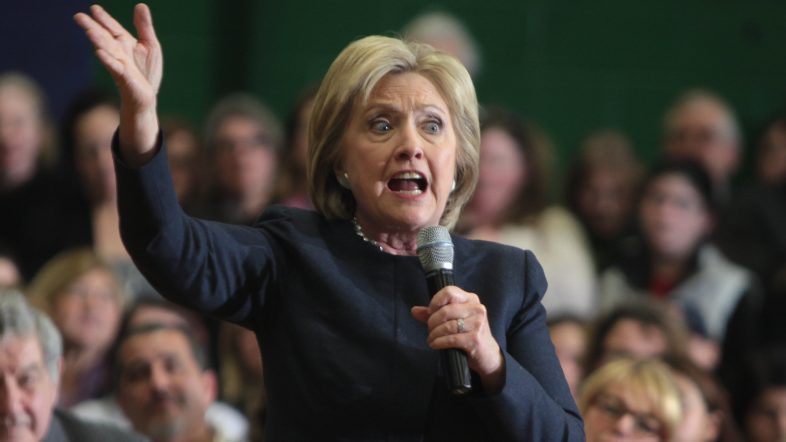 “Securities and Exchange Commission (SEC) Chairman Gary Gensler scrubbed mention of a meeting with former Secretary of State Hillary Clinton and key details of a meeting with billionaire Democratic donor George Soros from the public version of his calendar.

Gensler’s public calendar showed that he only had a staff meeting on Aug. 7, 2021, while his private calendar lists a meeting with Clinton, according to a Fox News.”>Fox News Digital review. And on Aug. 20, 2021, his public calendar lists a meeting with Soros, but hid the meeting’s agenda which his private calendar shows was to discuss a forthcoming Wall Street Journal op-ed the business magnate was planning to write.

Gensler’s private calendar revealing the discrepancies was obtained by the watchdog group Energy Policy Advocates and shared with Fox News.”>Fox News Digital. The group was only able to obtain the internal records after filing a Freedom of Information Act lawsuit against the SEC.

In recent days, around the time Fox News.”>Fox News Digital contacted the SEC, the agency updated Gensler’s public calendar to include his meeting with Clinton in August 2021. As recently as Wednesday the public calendar didn’t include the meeting and archived copies of the webpage from April also list just a meeting with staff.

Gensler, a former Goldman Sachs executive and Obama administration official, was the chief financial officer for Clinton’s presidential campaign in 2016. The Senate confirmed him to lead the SEC in April 2021, shortly after President Biden selected him for the high-profile position.

Meanwhile — on Sept. 6, 2021, about two weeks after the meeting between Gensler and Soros — the Wall Street Journal published an op-ed written by Soros. Gensler’s private calendar, but not his public calendar, states the purpose of the Aug. 20 meeting was “re: WSJ op-ed.”

“That even George Soros is calling out progressive darling BlackRock for craven blundering is striking — even if it did carry the requisite, tribal praise for BlackRock’s truly damaging ‘ESG’ campaigning to impose their shared ‘climate’ agenda on the U.S., an agenda also much to China’s delight,” Chris Horner, a lawyer representing Energy Policy Advocates, told Fox News Digital. “That it appears Soros received counsel from Gary Gensler on the mega-donor’s call for more SEC powers as a result is truly astonishing.”

“This gives further credence to the widespread concern that Gensler is deeply politicizing a supposedly independent commission,” Horner said. “He may have been Hillary Clinton’s ‘Progressive Beacon’ not long ago, but Gary Gensler is now the SEC Chairman and his calendar indicates he knew the purpose of the meeting. It seems important to know whose idea this was, why, what was said arranging it and through what channel.”

The SEC spokesperson said Gensler has never asked anybody to “draft or submit” any op-ed, but wouldn’t comment on the agenda of the meeting with Soros.

“That this and Gensler’s consultation with Hillary were scrubbed from the public version of his calendar is frankly the least surprising aspect of this,” Horner continued.

“The SEC first told Energy Policy Advocates that the publicly posted calendars were all they would get,” he continued. “Energy Policy Advocates challenged that, pointing out that these sanitized versions, typically posted months after the fact, were certainly not produced from memory and the group wanted the originals. Here you see the reason for the scrubbing these internal versions receive.”