Dozens Killed in Kazakhstan as Authorities Fight Back Against Violent Uprising

Dozens Killed in Kazakhstan as Authorities Fight Back Against Violent Uprising 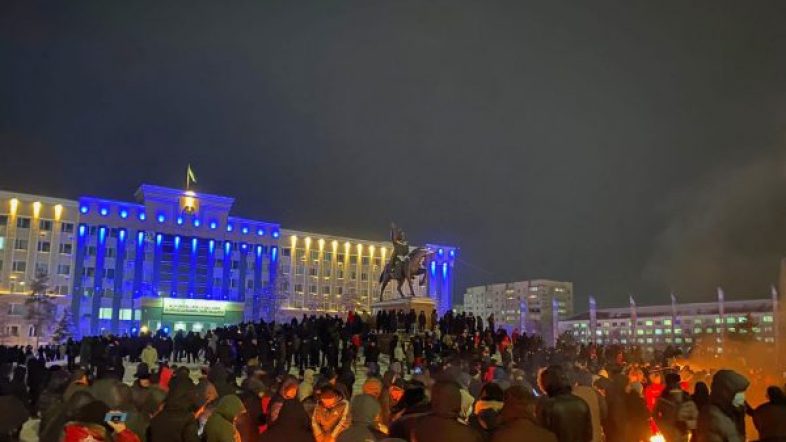 Protestors in Kazakhstan. Photo by By Esetok via Wikimedia commons

Dozens are now reportedly dead after the government of Kazakhstan moved to attempt to put down a violent uprising that has apparently been ongoing in the massive central asian country since the government attempted to lift price controls on gasoline.

The Details: While the situation remains fluid, the Russian news agency TASS has reported that dozens were killed while attempting to storm government buildings in the country’s largest city Almaty.

In addition, at least 12 law enforcement officers were also reportedly killed in the violence.

In response to the mayhem, the Kazak government officially requested military assistance from Russia, and several other allied nations.

The protests began on Sunday when the government decided to life price caps on gasoline, sparking widespread outrage in the central Asian country.