Biden's Rating on the Economy Worse Than Carter's | American Briefing

Biden’s Rating on the Economy Worse Than Carter’s 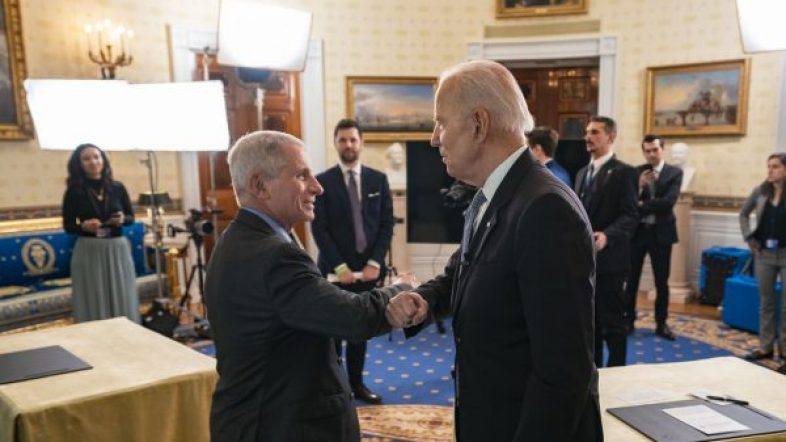 President Joe Biden participates in a Q&A townhall with Chief Medical Adviser to the President Dr. Anthony Fauci on Monday, May 17, 2021, in the Blue Room of the White House. (Official White House Photo by Adam Schultz)

Joe Biden’s approval ratings when it comes to the economy are worse than former President Jimmy Carter’s.

Context: The rating for Biden on the economy is worse than any president since at least Carter in 1977.

In the latest CNN poll, Biden was approved by 44% of voters on the economy while 55% disapproved.

In recent weeks the New York Times has urged Biden to not run for re-election with one of its writers calling him “alarmingly incoherent.”

The average president in the last 44 years of CNN’s polling, at the exact same time in their presidencies, has a net economic approval rating of +5. Biden is 18 points worse than that.