9/11 Anniversary Reminds Veterans Why We Were in Afghanistan

9/11 Anniversary Reminds Veterans Why We Were in Afghanistan 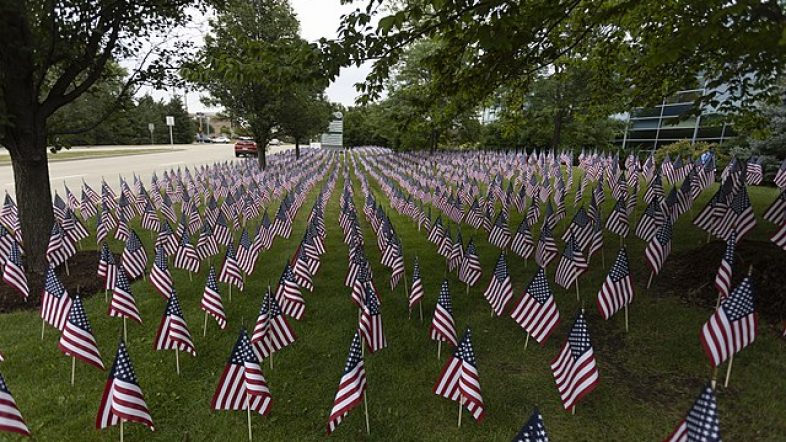 Veterans who served in Afghanistan after the attacks on 9/11 are now sharing their stories with their children. What veterans lived through, is now part of the history books that their children study in school. For veterans, over 20 years later, the enemy still follows us home.

There is a generation of Americans that can never forget the images burned into their minds of planes striking the Twin Towers and the Pentagon. The worst terrorist attack on U.S. soil, killed 2,977 people, and for the veterans, it was personal. It happened while they stood vigil. American warriors, eyes narrowed and fixed on the smoldering rubble displayed on the television, made a single, silent vow “never again on my watch.” 800,000 American warriors would deploy to Afghanistan, sacrificing youth, marriages, limbs, mental health, and in some cases, their very lives.

America built relationships and made promises during those two decades of war.

Al Qaeda’s attack was largely due to bad U.S. ground intelligence and the inability of a partner force to counter them in their unrestricted planning and preparation. To prevent this from happening ever again, our combat veterans and civilians built partnerships with Afghan police, soldiers, nonprofits, Afghan schools, and a myriad of other organizations. America asked the people of Afghanistan to stand up, reach for freedom, and oppose oppression in all its forms. Like proud parents, we assured them they could be whatever they wanted to be, and we would be there by their sides.

Then, in August 2021, we left. We broke those promises, squandered those relationships, and handed control back to the very oppressors we fought against 20 years before.

Veterans know something most Americans don’t. The enemy gets a vote in what happens next. The United States might be done with al Qaeda and ISIS, but they aren’t done with us. This enemy will follow us home.