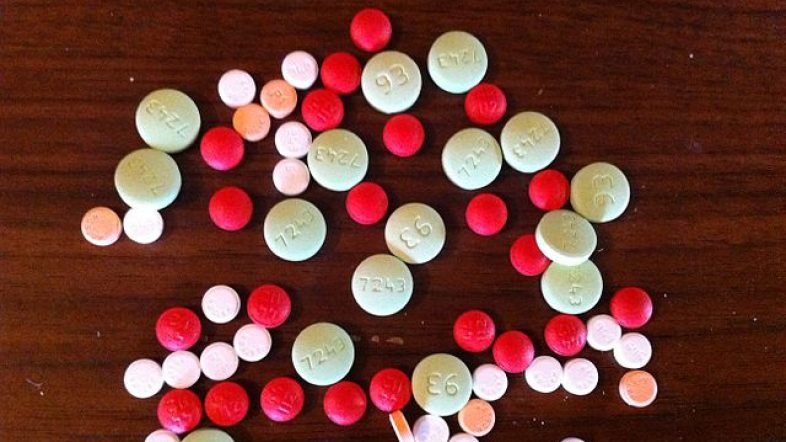 The Drug Enforcement Agency has issued a warning about the dangers of rainbow-colored fentanyl that looks like candy. This rainbow Fentanyl is a new trend in the United States. Fentanyl is the leading cause of death for 18–45-year old’s. The deadly, rainbow fentanyl is made to look like candy in order to lure children into ingesting it.

“On August 17, authorities at the port of entry in Nogales, Arizona, seized more tan 15,000 brightly-colored fentanyl pills strapped to a person’s leg, as The Daily Wire reported. The day before, authorities seized more than 250,000 candy-colored pills, along with 11 pounds of heroin and 10 pounds of methamphetamine.

DEA officials in Washington, D.C., also seized similar-looking pills over the course of the past 18 months. The Multnomah County, Oregon, Sheriff’s Office found several grams of rainbow fentanyl in the shape of sidewalk chalk recently as well. The DEA nIn oted that fentanyl is primarily trafficked by two criminal networks, the Sinaloa Cartel and the Jalisco New Generation Cartel (CJNG).

“Rainbow fentanyl—fentanyl pills and powder that come in a variety of bright colors, shapes, and sizes—is a deliberate effort by drug traffickers to drive addiction amongst kids and young adults,” said DEA Administrator Anne Milgram in the agency’s press release. “The men and women of the DEA are relentlessly working to stop the trafficking of rainbow fentanyl and defeat the Mexican drug cartels that are responsible for the vast majority of the fentanyl that is being trafficked in the United States.”

Read more at The Daily Wire.

According to the CDC, 107,622 Americans died of overdoses in 2021. This historically large number draws attention to the rainbow fentanyl now being trafficked into the Unites States, invoking a trend among drug cartels.