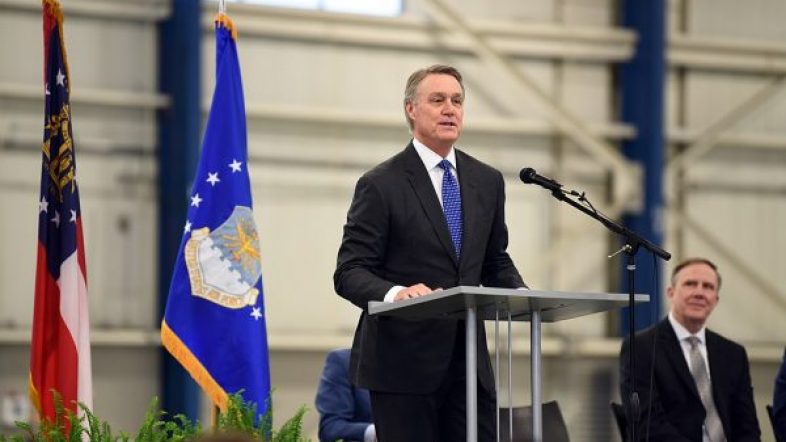 Background: David Perdue is a former Senator from Georgia that lost his 2020 re-election campaign to Democrat Jon Ossoff.

Perdue, a successful businessman, hinted he planned to re-run for Senate but ultimately decided to step aside when former President Trump made it clear he wanted Herschel Walker to lunch a Senate Campaign.

Gov. Brian Kemp, has been hit by intense criticism from Donald Trump after he lost the Peach State to Joe Biden.

What Republicans Say: Many Republicans welcome Perdue’s to challenge Gov. Kemp. The current governor lost popularity with Trump supporters in Georgia after the state went to Joe Biden and both Senate seats were won by Democrats.

“Perdue can bring together the Trump base and those Republicans, independents, and moderate Democrats who will find Abrams too radical,” former House Speaker Newt Gingrich wrote on Nov. 12. “Perdue is the one candidate who can defeat Abrams.” (per Newsmax)

However, other Republicans say that Perdue’s decision to challenge Gov. kemp will divide the base and ensure Abrams’s victory.

What Democrats Say: Democrats say that Perdue’s choice to challenge Kemp will only help Democrats secure their grip on the Peach State.

“While David Perdue and Brian Kemp fight each other, Stacey Abrams will be fighting for the people of Georgia,” Abrams top aid Lauren Groh-Wargo wrote on Twitter.

What Trump Says: After Perdue announced his campaign Trump released a statement through his Save America PAC.

“Wow, it looks like highly respected Senator David Perdue will be running against RINO Brian Kemp for Governor of Georgia. David was a great Senator, and he truly loves his State and his Country. This will be very interesting, and I can’t imagine that Brian Kemp, who has hurt election integrity in Georgia so badly, can do well at the ballot box (unless the election is rigged, of course). He cost us two Senate seats and a Presidential victory in the Great State of Georgia,” Trump wrote.