WATCH: Biden Nearly Falls Off Stage At Rally, VP Harris Reaches to Pull Him Back

WATCH: Biden Nearly Falls Off Stage At Rally, VP Harris Reaches to Pull Him Back 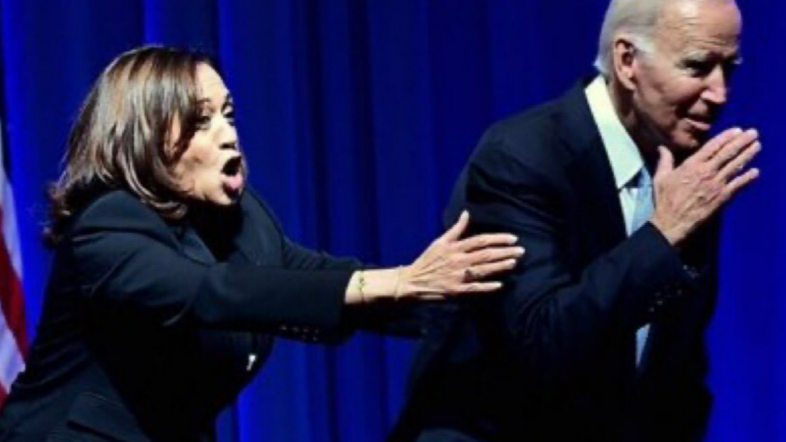 Joe Biden and Kamala Harris made a rare appearance together at a rally for John Fetterman  in Pennsylvania on Friday. Biden noted that the United States had “54 states” in an extremely confusing part of his speech. When talking about campaigning for Obamacare in 2018, the president said, “they’re still determined to eliminate the Affordable Care Act. And, by the way, if they do, that means — not a joke, everybody. That’s why we defeated it in 2018 when they tried to do it. We went to 54 states.” The statement went viral but that wasn’t even the worst part of the night for Biden.

After concluding his speech, Biden wandered to the edge of the stage to waive at the crowd and seemed nearly fall off of the stage Thankfully for him, Kamala Harris had followed the president closely and was able to reach and grab him before he tumbled off the platform:

WATCH: VP Harris reaches for Pres. Biden as he nears edge of stage in Pennsylvania pic.twitter.com/vY0nhwCfGT