Some Democrats Think Hillary Clinton is Their Best Bet for 2024

Some Democrats Think Hillary Clinton is Their Best Bet for 2024 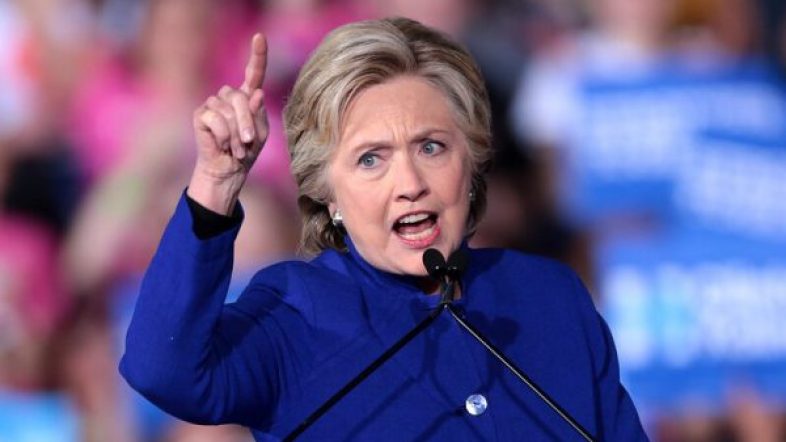 President Joe Biden: Schoen referenced President Joe Biden’s plummeting approval rating and the general doubt around his ability to run again as one of the main reasons Hillary Clinton should return to political life.

Since August 2021, a majority of Americans have disapproved of Biden’s performance as President. As of July 2022, President Biden has an approval rating of 38.8%, and experts suggest that this number will continue to get lower as we approach the midterms.

A Harvard CAPS-Harris Poll found that 71% of Americans do not want to see Biden run for President again. Party speculation on Biden’s viability as a candidate has also hit a fever pitch.

Schoen wrote over at The Hill, “While Biden was the right person to defeat former President Trump in 2020, he is clearly not the right person to lead the Democratic Party going forward — as only 36 percent of Democrats believe that Biden gives them the best chance to win the presidency in 2024, per recent polling.”

Hillary Clinton: Schoen points to Hillary Clinton’s record as a decorated politician in Washington as to why she should make a return to the highest level of American politics.

“Regardless of one’s own political affiliation or opinion of Clinton, the country knows her as an experienced politician and a champion of women’s rights. From her declaration at the United Nations in 1995 that ‘women’s rights are human rights‘ to being the first woman nominated as a major party’s candidate for President in 2016, she offers the exact type of leadership that the Democratic Party desperately needs,” Schoen wrote at The Hill.

Schoen also points out in his article, “it’s clear that Clinton not only recognizes her position as a potential front-runner but also is setting up a process to gauge whether or not she should pursue the presidency.”

2022 Midterm Election: Democrats are currently in an untenable political situation heading into 2022. Democrats are expected to experience significant losses this midterm. Former House Speaker Newt Gingrich claims that Republicans should expect to pick up “between 25 and 70 seats” in the House.

Schoen wrote at The Hill, “Democrats are headed for a blowout loss in November, even worse than in 1994 and 2010 — the two worst midterm election years for the party in recent history — when they lost 53 and 63 seats, respectively, per Gallup’s analysis of four key national mood indicators.”

“To be sure, Democrats’ confidence in Biden will only decline further after the party experiences a shellacking in the midterm elections. These voters will be looking for a change candidate who is experienced, effective, savvy and committed to the issues they care most about — namely, women’s rights and civil rights,” Schoen continued.

Impact of Dobbs v. Jackson: The recent Supreme Court ruling in Dobbs v. Jackson has significantly affected the thoughts of Democrat strategists. John Ellis, the founder of News Items, wrote earlier this week on Substack that the ruling is a ripe opportunity for Hillary Clinton to launch a campaign.

“The Supreme Court’s decision to overturn Roe vs. Wade creates the opening for Hillary Clinton to get out of stealth mode and start down the path toward declaring her candidacy for the 2024 Democratic presidential nomination,” Ellis wrote.

Clinton also found the time to discuss the record of Justice Clarence Thomas, “He is signaling exactly what he intends to signal to judges at the lower level in the federal system, judges in the state systems, legislators, attorneys generals — ‘Hey, start figuring out how to get some cases ….”

Democrats Lack a Rising Star: Hillary Clinton may be the only option for Democrats in 2024, as other potential Biden replacements appear lackluster to voters.

Schoen pointed to Kamala Harris as a prime example of someone who should be able to take over as leader of the Democrat party but fails to do so. “The most natural successor would be Harris. However, Harris is even more unpopular than Biden and would almost guarantee a Republican victory in 2024.”