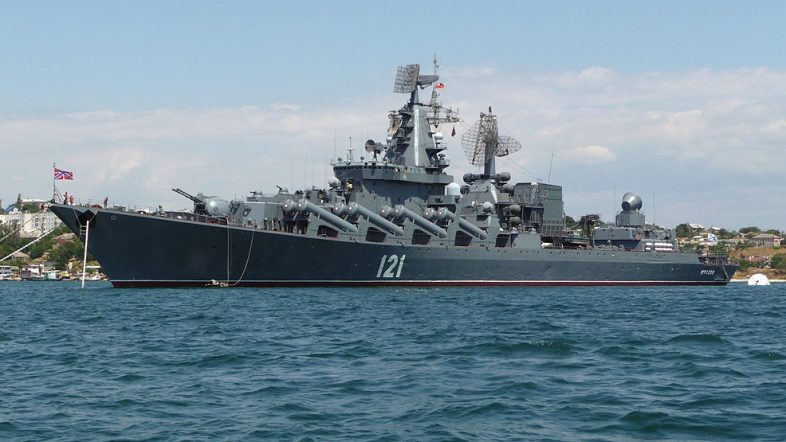 Russian government officials are still incensed over the loss of their flagship, the Moskva.

Though officials refuse to officially acknowledge that Ukraine’s Neptune missiles ultimately brought down the warship, the Ukrainian capital was suddenly struck by rocket attacks overnight in an act of revenge.

The city had been spared since Russian troops pulled out of the country’s north.

A guest on Russia 1, a popular state propaganda channel, called the attack on the Moskva the same as an attack on Russian soil, going against Moscow’s narrative that it sunk due to an accidental fire.

He then used the word ‘war’, which has been banned in Russia, and was quickly reminded to adhere to the government-approved term ‘special military operation’.

Presenter Olga Skabeyeva, one of Putin’s top propagandists, told viewers, “What it’s escalated into can safely be called World War Three. That’s entirely for sure. Now we’re definitely fighting against NATO infrastructure, if not NATO itself.”

The Neptune anti-ship cruise missile was developed and designed in Ukraine using old Soviet technology as its basis. Its use in the most significant naval casualty since World War Two has served a morale boost to the country.