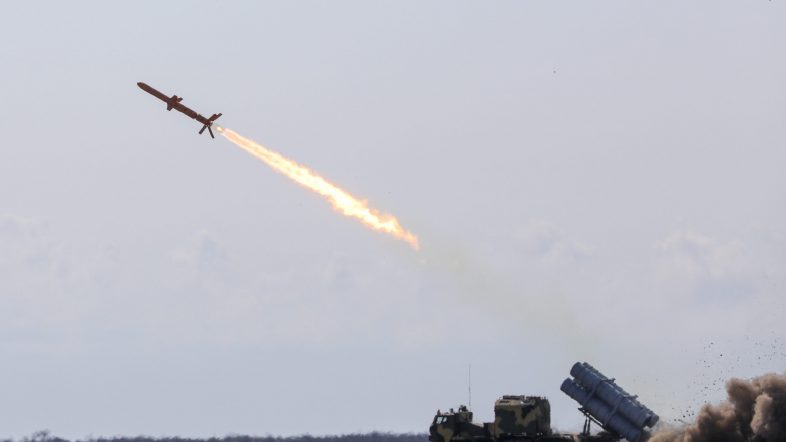 via Govt. of Ukraine

Russia claimed the notorious warship was accidentally set on fire, but US officials backed Ukraine’s explanation.

The sunken flagship was key to Russia’s naval strategy in the Black Sea.

It was thrust into the spotlight in February after an audio exchange between the ship and crew on Snake Island. When Russian forces aboard the ship told the island’s crew to surrender, a Ukrainian guard could be heard telling the warship to “go fuck yourself”.

While Russian officials claim its destruction was accidental, Ukraine claimed they had struck the vessel with Neptune anti-ship missiles which caused an ammunition cache to explode.

A US defense official said recent intelligence backs up Ukraine’s claim and that at least one Neptune missile struck the ship. The Neptune anti-ship cruise missile was developed in Ukraine and started being used just last year.

Ukrainian officials mocked the loss on Twitter, referring to the sunken ship as becoming part of Russia’s “submarine fleet”.