Rush Limbaugh Clip Resurfaces as His Prediction Starts to Play Out

Rush Limbaugh Clip Resurfaces as His Prediction Starts to Play Out 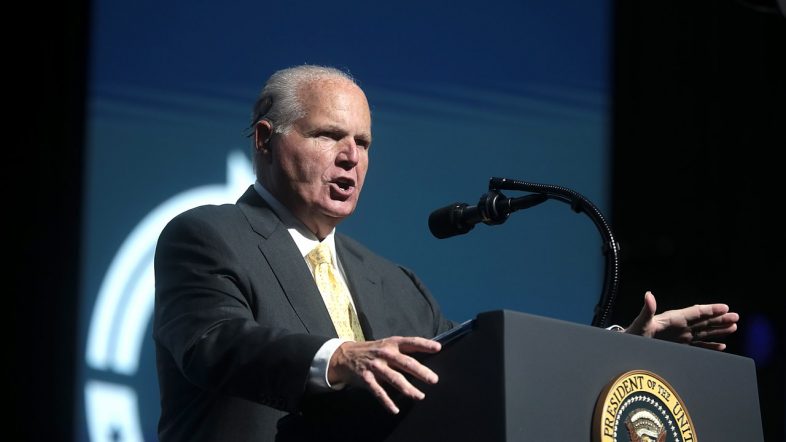 In a clip just months before he died, Limbaugh said that President Joe Biden would “serve at the pleasure of Barack Obama” who would order his behind-the-scenes downfall when the Democrat party decided he was doing too much damage.

“If Obama gives the green light to Democrats to take Biden out, there will be ample evidence that Biden has lied about his knowledge his family was selling his name and office with his permission, and if that’s in fact the case, then there’s likely unreported money that will be found,” Limbaugh said.

After a series of serious gaffes on Russia and Ukraine, the media renewed Hunter Biden’s laptop controversy and began examining the contents of the emails. The revival comes eighteen months after the New York Post first broke the story, which was censored on social media and deemed Russian propaganda by the same media entities now verifying it.

Former President Barack Obama also returned to the White House for the first time since 2017. His appearance was announced shortly after yet another round of devastating approval polls and reports of Democrat politicians in a panic over the potential of a midterm routing by Republicans.

“If they decide to take Biden out they will have ample evidence, and once the decision is make the fake news media will temporarily become hard news media”
pic.twitter.com/yfr7ZZqCyg