REPORT: US Intelligence Indicates Russia May be Preparing Full Scale Invasion of Ukraine

REPORT: US Intelligence Indicates Russia May be Preparing Full Scale Invasion of Ukraine 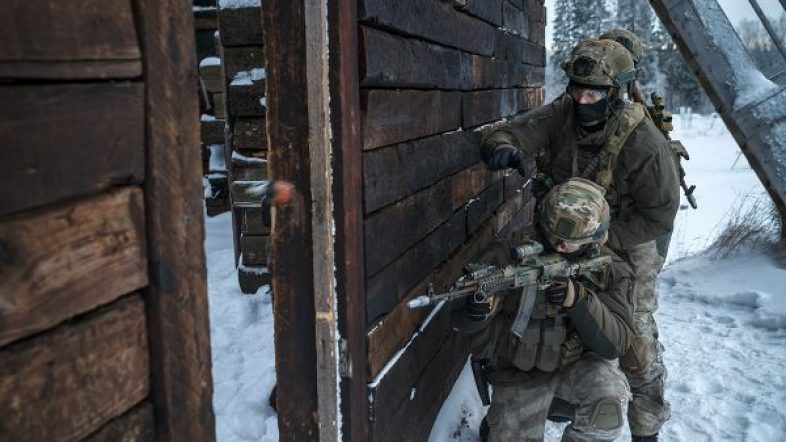 Russian Special Forces By Ministry of Defence of the Russian Federation

US intelligence is now warning that a large new buildup of Russian forces on its border with Ukraine may be a prelude to a full-scale invasion.

-Some 92,000 Russian Troops are now on the border with Ukraine

-The intelligence in questions lays out a potential scenario in which Russian troops invade Ukraine from at least three directions with 100 battalion tactical groups.

Russia has been locked in a frozen conflict with Ukraine since 2014, when a US backed color revolution toppled the formerly pro-Kremlin government. In response, Russia seized and annexed the Crimean Peninsula, where its Black Sea Fleet is headquartered and Russian backed separatists militas then took over parts of Eastern Ukraine and former their own state.

If Russia does decide to press forward with a full invasion of Ukraine it would be a dangerous escalation which could potentially draw the United States and other nations into what could be a be highly destructive full-scale war.

In spite of the risks, at present Ukraine is not a part of the NATO alliance meaning the US is not treaty bound to defend it in case of a Russian invasion.

What Anti-Russian sources are saying:

What Pro-Russian sources are saying: