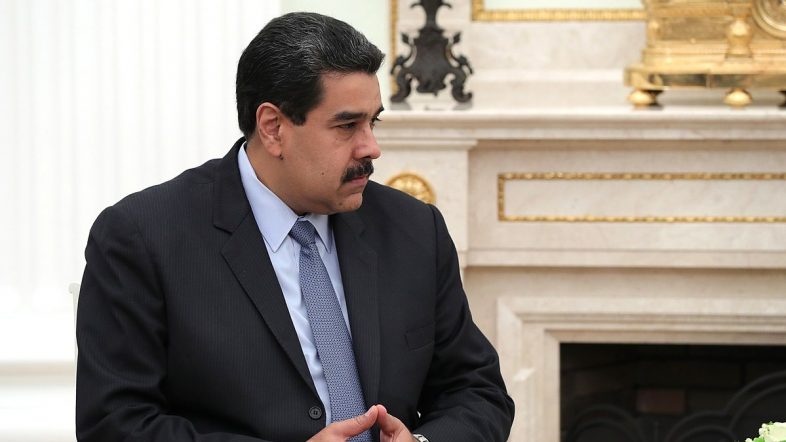 A coalition of 18 progressive Democrats in the House issued a letter to Biden with their plea.

In a letter led by Representatives Raúl Grijalva (D-AZ) and Jesús García (D-IL), the group wrote, “It is clear that broad sanctions have failed to achieve their aims.”

“In light of this, and the dire human costs incurred, we urge you to lift all U.S. financial and sectoral sanctions that exacerbate the humanitarian situation, though without hindering or delaying the urgent action needed to transition the U.S. economy off of fossil fuels.”

As the US sought alternative sources of oil in preparation to ban oil imports from Russa, the Biden administration controversially turned to Venezuela.

Lawmakers in both parties criticized the move for its willingness to engage with the country, which is still led by President Nicolás Maduro, instead of expanding domestic production.

Senator Bob Menendez (D-NJ) implored Biden to “not breathe new life” into what he called Maduro’s “reign of torture and murder” by relaxing oil sanctions at the time.

Gas prices continue to rise in the US as voters grow increasingly concerned by inflation, which could cause the Biden administration to look toward Venezuela once again.

The State Department has not commented on those discussions.