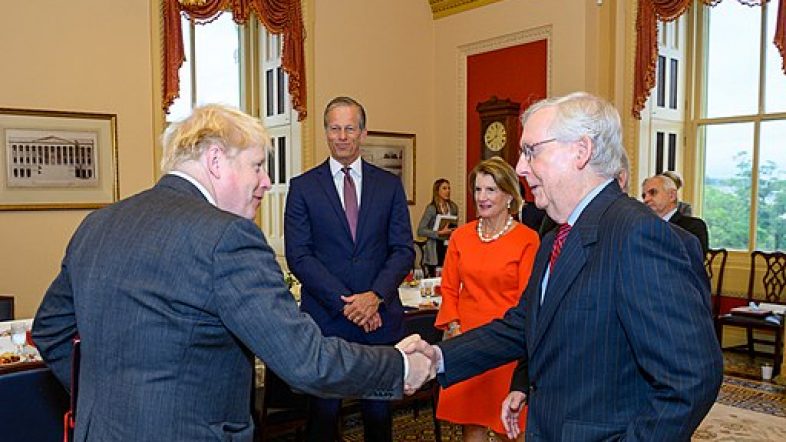 Today I had the honor to meet with Prime Minister Boris Johnson of the United Kingdom and Prime Minister Scott Morrison of Australia. Great day for Congress to further strengthen working relationships with two of America’s closest allies. via Mitch McConnell

Mitch McConnell (R-Ky.) has issued a threat to Democrats over proposed changes to the filibuster rule in the Senate.

Senator Joe Manchin has stated that a change to the rule should have bipartisan support signaling he is a no and effectively killing the idea.

However, Democrats are using a full-court press to try and change Manchin’s mind. Senator Chuck Schumer (D-NY.) is also planning to force a vote to see where Manchin truly stands.

Why this is important: Senator McConnell responded strongly promising to force votes on GOP-sponsored bills if Democrats even make the slightest change.

McConnell stated to the Wall Street Journal: “Since Sen. Schumer is hellbent on trying to break the Senate, Republicans will show how this reckless action would have immediate consequences.”