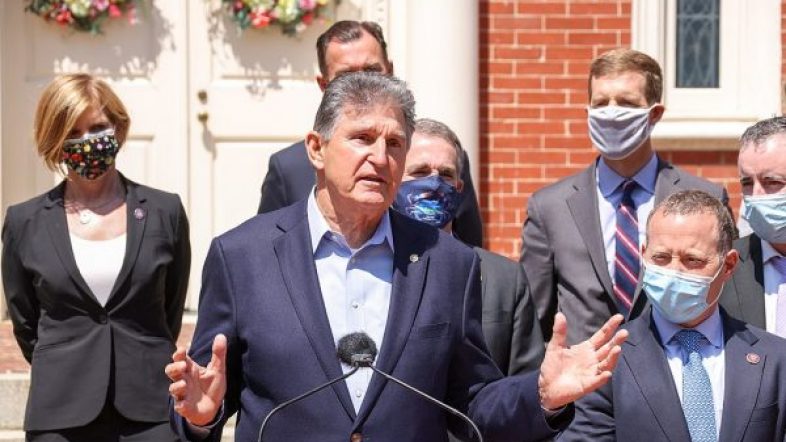 The most powerful man in Washington D.C. is Joe Manchin. His power continues to grow due to a contentious fight over President Biden’s social spending and climate agenda.

Manchin was one of the main negotiators on the bipartisan infrastructure bill passed by the house on Friday.

Manchin is taking a victory lap over $6 billion in funding he secured for his home state.

West Virginia is getting a lot of spending and House and Senate progressives are hoping these “gifts” will give Manchin an incentive to pass their climate and social spending proposals.

Why this is important: Manchin has used his leverage to take advantage of progressives who will hope for something in return. If Manchin doesn’t acquiesce it could lead to turmoil for the Democrats.

Recently, Manchin was reported to be considering becoming independent.

He denied the reports, but if the turmoil grows it could become more of a possibility.

Manchin told reporters in West Virginia, “this is one of the most important pieces of legislation we’ve done, Bipartisan infrastructure has been tried over the last 30 years and no president’s been able to get it done. It’s unbelievable.”

John Kilwein, a professor of political science at West Virginia University’s Eberly College of Arts and Sciences“I don’t completely understand — and I listened to some of them interviewed — how progressives don’t feel like they were rolled. It sure feels that way to me. For a guy like Manchin, I think there was a critical piece of leverage that was taken away because he got what he wanted. The traditional infrastructure bill will help the state.”