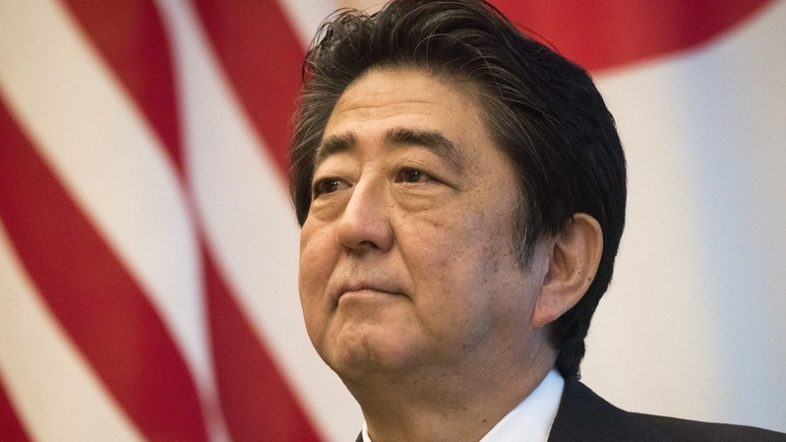 This story is subject to change as more information becomes available

Former Prime Minister of Japan Shinzo Abe was assassinated on Friday morning while campaigning in Nara. The gunman was arrested on the scene moments after the shooting. Current Japanese Prime Minister Fumio Kishida told reporters, “this attack is an act of brutality that happened during the elections – the very foundation of our democracy – and is absolutely unforgivable.”

Update: Former Japanese Prime Minister Shinzo Abe was declared dead 5 hours after the initial shooting. Doctors were unable to revive Abe after they had taken him to the hospital.

What Happened: At 11:30 AM local time, Former Prime Minister Shinzo Abe was giving a speech to residents of Nara when a gunman drew a crude pipe shotgun and fired at him. The incident was caught on live television as Abe’s speech was broadcast on NHK. Doctors wer unable to revive Abe at the hospital.

Former Prime Minister Shinzo Abe was critically wounded in the shooting, suffering a gunshot wound to the neck. Abe was taken to the hospital by medical helicopter.

Makoto Ichikawa, a local businessman, told Reuters, “there was a loud bang and then smoke.”

The Shooter: Local authorities have arrested Tetsuta Yamagami, a local Nara Resident in his 40s, in connection with the assassination. The gunman did not attempt to flee the scene after he fired two rounds at Abe.

Yamagami was seen on the broadcast wielding what appeared to be a homemade shotgun that he used in his attempted assassination of Shinzo Abe.

Reuters reported that Yamagami had served in Japan’s military.

Abe’s Condition: Japanese Prime Minister Fumio Kishida told reporters at a news conference that Shinzo Abe is undergoing extensive surgery and doctors are doing all they can to keep him alive. It was reported at the time of the shooting that Shinzo Abe had gone into cardiopulmonary arrest, meaning that his heart had effectively stopped.

Ultimately, doctors at the hospital were unable to revive Shinzo Abe and he was declared dead at 5:00 PM local time.

“Everything that can be done is being done to revive him. I’m praying from the depths of my heart that his life will be saved,” Prime Minister Kashida told reporters.

Official Response from Tokyo: While at a press conference, an emotional Prime Minister Kishida told reporters that this was “not a forgivable act” and that the government would take “appropriate measures” in response to the assassination.

World Leaders Respond: The international community has condemned the attack and has sent their best wishes to Abe as he fights for his life.

British Prime Minister Boris Johnson, who recently announced his retirement, said in a Tweet, “utterly appalled and saddened to hear about the despicable attack.”

Indian Prime Minister Narendra Modi said in a Tweet, “deeply distressed by the attack on my dear friend Abe Shinzo.”

U.S. Secretary of State Antony Blinken expressed his concern over the incident saying, “our thoughts, our prayers are with him, with his family, with the people of Japan.” Blinken continued, “this is a very, very sad moment. And we’re awaiting news from Japan.”

Former U.S. President Donald Trump said in a statement on Truth Social, “Absolutely devastating news that former Prime Minister Shinzo Abe of Japan, a truly great man and leader, has been shot, and is in very serious condition. He was a true friend of mine and, much more importantly, America. This is a tremendous blow to the wonderful people of Japan, who loved and admired him so much. We are all praying for Shinzo and his beautiful family!”

It was reported on India Today that Chinese Nationalists took to social media to celebrate the attempted assassination.