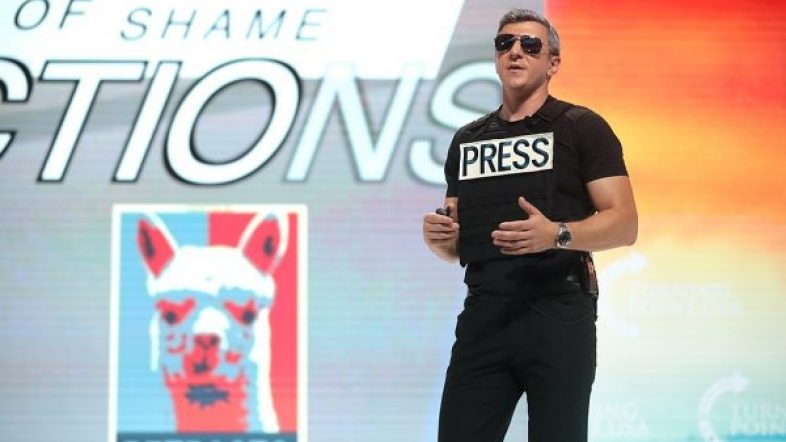 James O'Keefe speaking with attendees at the 2021 Student Action Summit hosted by Turning Point USA at the Tampa Convention Center in Tampa, Florida. via Gage Skidmore

Freedom of the press is paramount to the United States and the Constitution. The FBI’s raid on James O’Keefe recently poses a serious threat to that.

Context: The FBI recently searched the home of O’Keefe of Project Veritas because he came into the possession of a diary allegedly stolen from Joe Biden’s daughter, Ashley Biden.

O’Keefe jas claimed he received the diary from a source and Project Veritas did not publish it. He handed the diary over to law enforcement last year, but a few pages were published by a conservative outlet.

Why this is important: The search could be objectionable on the ground of press freedom. Outlets routinely publish information from sources who have may obtained that information wrongly. The justification of it for a raid raises serious concerns.

James O’Keefe, in a video statement, “It appears the Southern District of New York now has journalists in their sights for the supposed crime of doing their jobs lawfully and honestly, our efforts were the stuff of responsible, ethical journalism and we are in no doubt that Project Veritas acted properly at each and every step.”