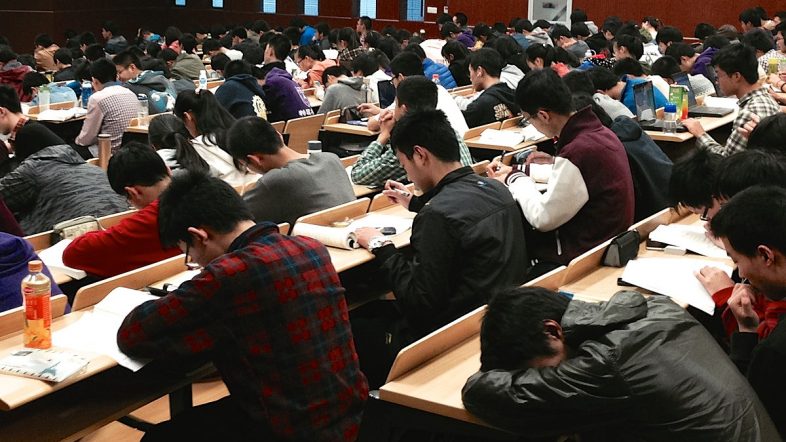 The Department of Education announced Tuesday that it will cancel nearly $4 billion worth of federal student loans for 208,000 borrowers defrauded by a popular for-profit institution.

All remaining students who attended the now-defunct ITT Technical Institute (ITT) between Jan. 1, 2005, through its closure in September 2016, including those who have not submitted a borrower defense claim, will have 100% of their loans canceled. Borrowers who qualify for the relief will not need to take any additional action to receive the funds.

“It is time for student borrowers to stop shouldering the burden from ITT’s years of lies and false promises,” Education Secretary Miguel Cardona said in a statement. “The evidence shows that for years, ITT’s leaders intentionally misled students about the quality of their programs in order to profit off federal student loan programs, with no regard for the hardship this would cause.”

In 2018, ITT’s former chief executive, Kevin Modany, and former chief financial officer, Daniel Fitzpatrick, agreed to pay $200,000 and $100,000, respectively, as part of a settlement with the Securities and Exchange Commission for allegedly deceiving investors, though neither admitted wrongdoing, CNBC Make It has previously reported.

The Biden administration has already approved about $1.9 billion in debt relief for 130,000 borrowers who attended ITT on the grounds that the institution misled students about their job prospects, ability to transfer credits to other schools and accreditation of its associate degree in nursing.

Tuesday’s announcement is the second largest targeted debt relief action by the Biden administration for defrauded borrowers, a department spokesperson told CNBC Make It, trumped only by the $5.8 billion cancellation in loans for 560,000 students who attended the now-defunct Corinthian Colleges, which was announced in June.