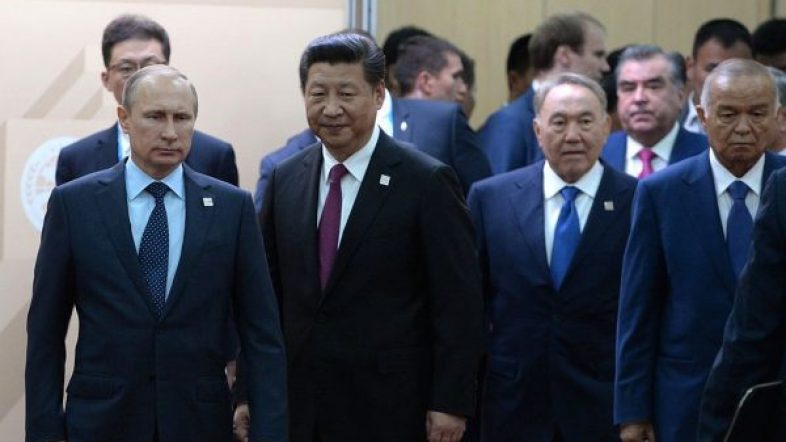 The prospect of a challenge to American power is growing with the increased cooperation of China and Russia.

Context: The level of collaboration between Russia and China is difficult to pin down, experts say, but an ambitious joint military exercise over the summer is raising concerns.

However, experts are growing convinced of a closer relationship due to economic alliances, military exercises, military tech development, and a lack of statements from government leaders.

The joint military exercise consisted of around 13,000 troops, and hundreds of aircraft, drones, armored vehicles, and antiaircraft batteries.

What this means: The threat to American power by a Russia-China alliance could become more real.

The relationship is likely one of convenience due to US pressure on both, and a recent report from the Office of the Director of National Intelligence says the relationship is the closest it has been in the past 60-years.

What can be done? One proposal is to soften the US stance on Russia in order to draw Moscow away from Beijing.

This proves difficult with Moscow preparing to invade Ukraine and the United States attempts to prevent that.