Why Infrastructure, ‘Build Back Better’ Are Not a New Hope for Dems

Why Infrastructure, ‘Build Back Better’ Are Not a New Hope for Dems 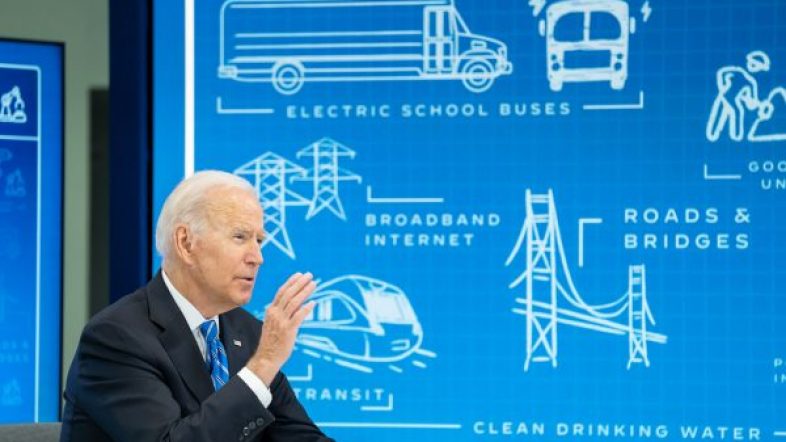 Despite Democrats passing their $1.2 trillion infrastructure bill through Congress and having Biden sign it, Democrats remain in a dark place ahead of the 2022 midterms. According to FiveThirtyEight’s polling averages, Biden is at a meager 43% approval — a deadly sign for Democrats across the board.

Why it Matters: After massive defeats at the ballot box, especially in Virginia’s gubernatorial and House races, as well as nationally in municipal elections, Democrats thought the passage of the infrastructure bill would buoy their past defeats. It looks like it is not creating even a blimp in polling and focus groups.

What People Are Saying: “Voters couldn’t name anything that Democrats had done, except a few who said we passed the infrastructure bill,” the center-left group Third Way and its pollsters said in a report, obtained first by Politico, on focus groups they ran in Virginia.

According to Politico, following the House’s passage of the social spending package on Friday, one Democratic strategist who advises major donors said, “Too late. We’re f—ed.”

“Voters believe the economy is bad, and no amount of stats can change their mind (at least in the short term),” the Third Way report said. “Jobs numbers, wage numbers, and the number of people we’ve put back to work don’t move them. We should still talk about these (more the wage and back-to-work numbers), but we should realize that they will have limited impact when people are seeing help wanted signs all over main street, restaurant sections closed for lack of workers, rising prices, and supply disruptions. Even where things are getting better, Biden doesn’t get credit.”

Megan Jones, a former Harry Reid adviser and Nevada-based Democratic consultant, said Democrats are “doing a ton of stuff, but we’re not communicating it well.”

Jones said her brother recently told her that “Build Back Better,” Biden’s legislative framework, “sounds like a f—ing fitness plan.” She said, “Nobody knows what it is,” according to Politico.