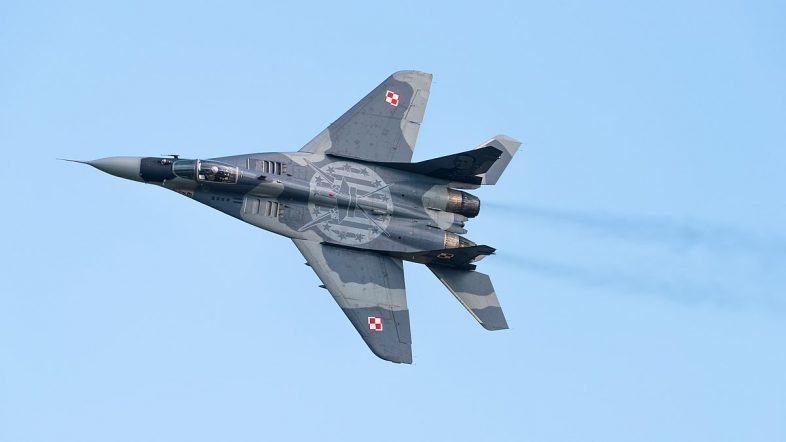 The US is in discussions with Poland to potentially backfill their fighter plan fleet if Warsaw agrees to transfer its used MiG-29s to Ukraine.

Ukraine President Volodymyr Zelenskyy has continued to ask for the Russian-made planes as pilots are already trained to fly them. The US has previously pointed out how difficult it would be to get planes into Ukraine. Russian officials pledged to attack any convoys carrying weapons into the country.

However, the US has never opposed countries like Poland transferring planes to Ukraine.

“We are working with the Poles on this issue and consulting with the rest of our NATO allies,” a White House spokesperson told POLITICO. “We are also working on the capabilities we could provide to backfill Poland if it decided to transfer planes to Ukraine.”

Eastern European countries like Poland, Bulgaria, and Slovakia hold dozens of Russian aircraft in their inventories, but they have been hesitant to give them up without guarantees that the US would replace them. Poland’s stock is seen as more expendable because it has been modernizing its aircraft fleet. In 2006 it started flying F-16s and in 2020 signed a deal for 32 F-35s, which are due to arrive in 2024.

While over two dozen European countries and the US have been sending missiles, munitions, and rations to the Polish boarder with Ukraine, getting planes into the fight would be a far more complex effort. It is also likely to escalate tensions between NATO and Moscow.