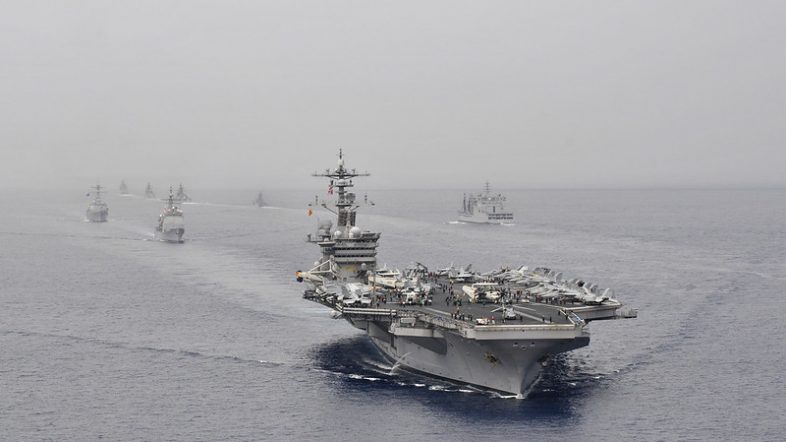 On Monday, North Korea created panic across Japan and the international community when they fired a ballistic missile over the island nation. Sirens rang out in northern Japan when the missile’s path was first confirmed, and residents were told to immediately seek shelter. The missile ended up flying over Japan and landing in the ocean. This is the first time in five years that North Korea has fired a missile over Japan and the reckless action was not taken lightly.

The United States, South Korean, and Japanese militaries held joint exercises training to shoot down North Korean missiles on Thursday. U.S. warships from the USS Ronald Reagan Carrier Strike Group worked together with destroyers from the accompanying nations as a show of force and alliance. Pentagon press secretary Brig. Gen. Pat Ryder stated to the media that the exercises, “The exercises also demonstrate the deep strength of our trilateral relationship with Japan and the Republic of Korea, which is resolute against those who challenge regional stability.”

The USS Chancellorsville, a guided-missile cruiser, and destroyer USS Benfold took part in the training in the Sea of Japan. A U.S. official described what took place, “Chancellorsville provided air defense to the units as they conducted the ballistic missile exercise, which includes, detecting, tracking, and intercepting simulated targets, as well as coordination, communication, and information-sharing between the three countries.” No live rounds were fired during the exercises.