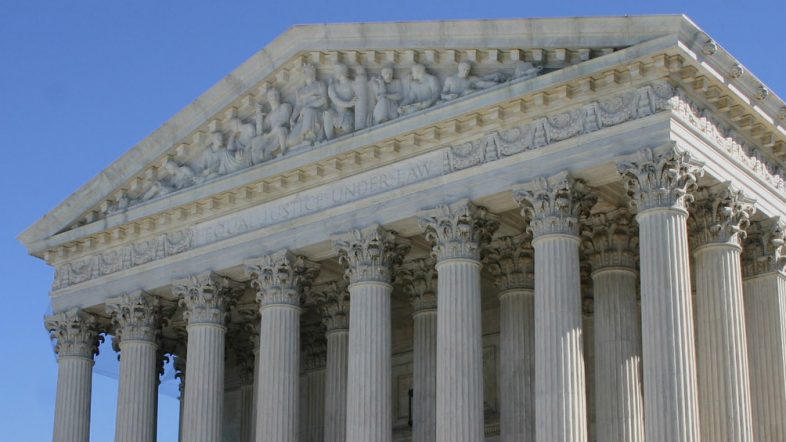 Yesterday, The U.S. Supreme Court sided with Republican David Ritter and threw out, Philadelphia-based, 3rd U.S Circuit Court of Appeals decision that allowed the counting of mail-in ballots without date notation on them. Ritter had lost a spot on the Lehigh County Court of Common Pleas to a Democratic rival by only five votes in 2021. This was after 257 absentee ballots, that did not have dates notated on them, were counted. The Supreme Court’s actions mean that the 3rd Circuit’s ruling cannot be used in three states, Pennsylvania, New Jersey, and Delaware, and the U.S Virgin Islands, that the Circuit oversees.

While this decision by the higher court does not change Ritter’s fate in the race, it will change the future of mail-in ballots for the three states and U.S territory. Especially as voters begin voting for the 2022 midterm elections, in which Republicans are attempting to flip congress. Ritter was denied once by the Supreme Court but after he argued that this could cause potential future threats and fraud to the system in the 3rd Circuit’s states and territory and potentially to other states, in the future, the Justices reexamined the case.

In Ritter’s appeal to the decision, he argued that “mail-in ballot rules improve election administration and deter fraud.”

While more Democrats voted by mail in the 2020 election, many Republican-led states have enacted tougher voting rules. And while some elderly voters are upset over the ruling, it has long been a law in Pennsylvania in which voters are required to write in the date on the outer envelope of a mail-in ballot. Only now, these laws will be more strictly enforced, keeping technicalities fair for all.