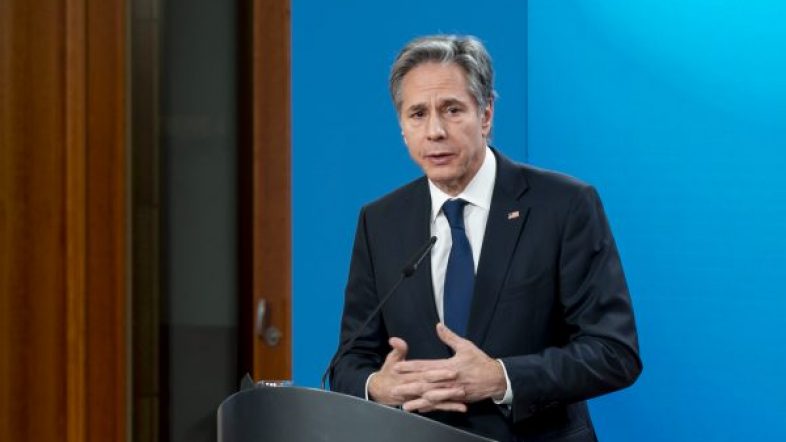 The U.S. State Department has announced a decision to immediately halt operations at its embassy in Belarus.

Background: Last week, Russia launched its invasion of Ukraine after months of threats, and despite engaging in diplomatic talks aimed that deterring Russian President Vladimir Putin from invading its neighbor.

On Sunday, Putin said he was putting deterrent forces, including Russia’s nuclear forces, on a heightened state of alert which pushed President Biden to accuse Putin of intentionally manufacturing the threat.

Context: Last week, reports emerged that Belarus is preparing to send troops into Ukraine in support of the Russian invasion.

In response to Belarus’ support of the invasion, President Biden announced sanctions against the country.

“Treasury continues to disrupt Belarus’s military and financial capabilities through targeted sanctions. Further, due to the interconnectedness between the two countries, the actions Treasury took against Russia today will also impose severe economic pain on the Lukashenka regime.” (per The Hill)

What the State Department Says: In addition to reissuing travel advisories for Belarus and Russia telling Americans not to travel to the countries and urging U.S. citizens already there to depart immediately Secretary of State Antony Blinken also announced the closure of the U.S. embassy in Belarus.

“We took these steps due to security and safety issues stemming from the unprovoked and unjustified attack by Russian military forces in Ukraine,” Blinken said Monday morning.

“The Department of State continually adjusts its posture at embassies and consulates throughout the world in line with its mission, the local security environment, and the health situation,” Blinken continued. “We ultimately have no higher priority than the safety and security of U.S. citizens, and that includes our U.S. government personnel and their dependents serving around the world.” (per The Hill)

What Comes Next: The U.S. is closely monitoring the situation in Belarus and a senior Biden official told reporters the Biden administration is prepared to impose harsher sanctions on Belarus.

“To the extent Belarus continues to aid and abet Russia’s aggression in Ukraine, they will also face consequences,” the official said. “Those costs will continue to ratchet much higher.” (per The Hill)