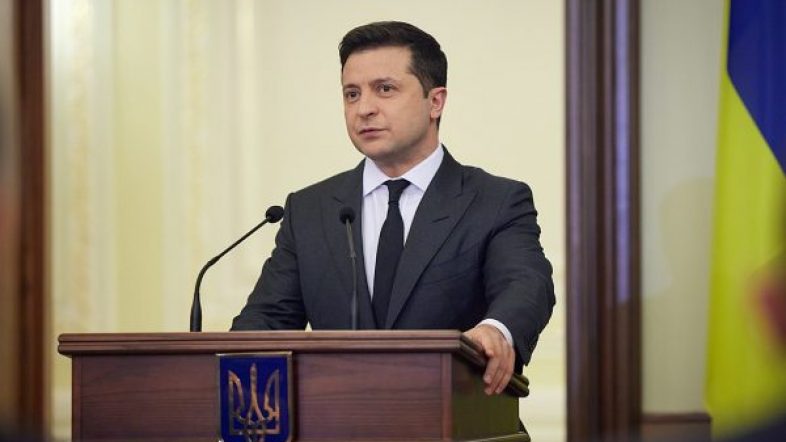 President.gov.ua, CC BY 4.0 via Wikimedia Commons

Amid rising tensions, the United States is closing its embassy in the Ukrainian capital of Kyiv and relocating operations 340 miles west to Lviv.

Background: For weeks, Russian troops have been mounting on the border of Ukraine on the brink of invasion. New reports estimate approximately 130,000 Russian troops are prepared to invade.

Russia has threatened to invade its neighbor unless Vladimir Putin is given assurances that Ukraine will not be admitted to the European Union (EU) or The North Atlantic Treaty Organization (NATO) in the future.

As tensions have continued to rise and Russia has bolstered its troops, the U.S. has called for Americans, including diplomats, to immediately leave Ukraine.

What Happened: The State Department ordered the destruction of networking equipment and computer workstations and the dismantling of the embassy telephone system, according to U.S. officials familiar with the matter and internal communications reviewed by The Wall Street Journal.

These moves render the Kyiv embassy inoperable as a diplomatic facility.

“We are told that February 16 will be the day of attack. We will make it a union day,” he said. “The decree has already been signed. This [Wednesday] afternoon, we will hang national flags, put on blue-yellow ribbons, and show the world our unity.” (per Fox News)

Experts had speculated that Russia would wait until the conclusion of the 2022 Winter Olympics before making a move against Ukraine.

Chancellor Scholz said, “in the event of a military escalation, we are prepared to impose very far-reaching and effective sanctions [on Russia] in coordination with our allies,” following a meeting with President Zelenskyy.