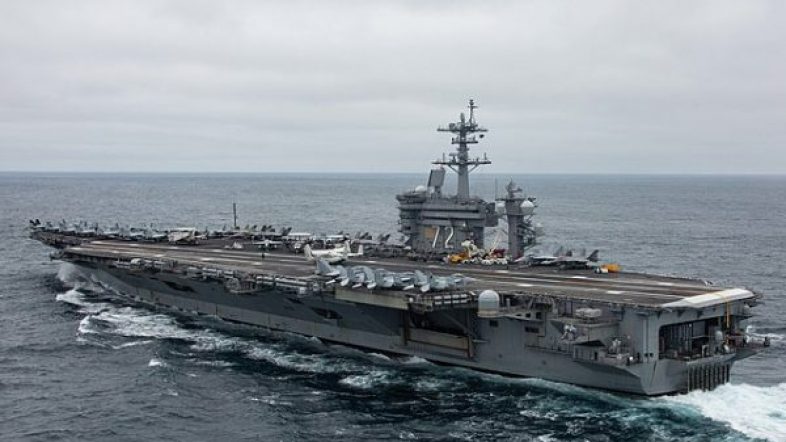 According to the Department of Defense, two American aircraft carriers have entered the disputed South China Sea for “training.”

What’s Happening: The move to send in U.S. forces comes as Taiwan reported a new Chinese air force incursion at the top of the waterway including a “fearsome” new electronic warfare jet, as reported by the Jerusalem Post.

Why it Matters: Taiwan and the South China Sea are points of contention with China, which has become increasingly robust in its aggression in the regions.

The U.S. reportedly had a landing mishap during this exercise.

What People Are Saying: “Operations like these allow us to improve our combat credible capability, reassure our allies and partners, and demonstrate our resolve as a Navy to ensure regional stability and counter malign influence,” the DOD quoted Rear Admiral J.T. Anderson, commander of the strike group led by the USS Abraham Lincoln, as saying.