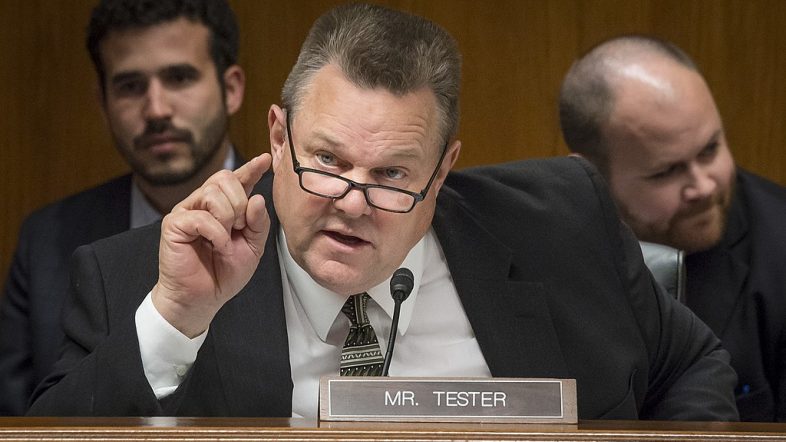 Republicans have been calling for the Biden administration to increase domestic oil production instead of securing new imports from foreign countries.

Senators Joe Manchin (D-WV) and Jon Tester (D-MT) have turned the call for domestic oil production bipartisan. The two were questioned by CNN’s Manu Raju in the Capitol where they emphasized domestic production over new sources of foreign imports.

“We shouldn’t be advancing other countries who don’t share our values,” Tester said. “So I think the opportunity here is to do it domestically, create jobs here, deal with it domestically, and also see if we can help Europe out too.”

Tester appears to be referencing the discussions taking place between the Biden administration and countries like Venezuela, Saudi Arabia, and Iran to alleviate supply concerns.

“[We should] basically go back to the policies that we’ve had before,” Manchin added. “And that’s– we have to do our leasing in the Gulf [of Mexico], ok, [Bureau of Land Management] lands [have] been off-target, all this has to go back in, into production. That’s all we’re asking for. And if we’re asking the rest of the world to step up, let’s show that we’re going to step up. And any oil that’s needed to our allies around the world, we produce it cleaner than anybody.”

Manchin, who is currently the Chairman of the Senate Energy and Commerce Committee, is withholding his vote on Biden’s nominee for a role in the Department of the Interior that would oversee the federal leasing programs. He reportedly wants assurances that the Department will resume leasing and production on federal lands.