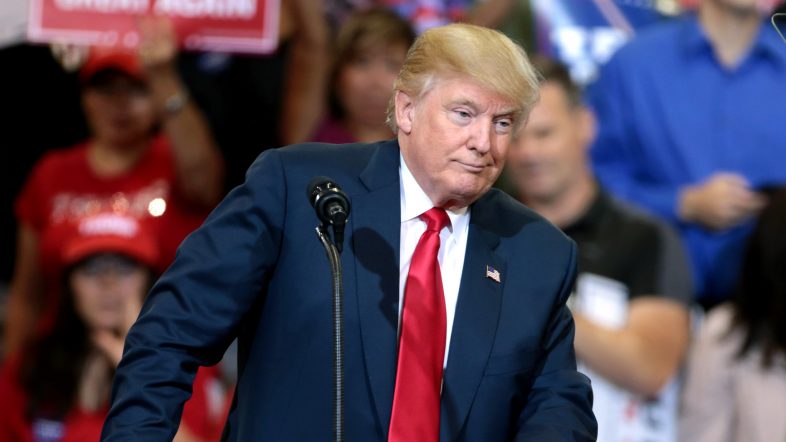 Brnovich has continued to use Trump’s photograph to fundraise despite Trump’s endorsement of his opponent, Blake Masters, according to The Washington Post.

“Your use of President Trump’s name, image, and/or likeness is likely to deceive individuals into believing President Trump supports, endorses, or otherwise promotes your candidacy for U.S. Senate in Arizona — he does not,” an attorney for Trump wrote to Brnovich’s campaign.

Despite using his likeness to fundraise, Brnovich stood against Trump after the 2020 election when he announced he saw “no evidence, there are no facts that would lead anyone to believe that the election results will change.”

Trump has repeatedly described him as a “disappointment”.

It’s not the first time Trump has sought to stop candidates and organizations from using his image. Last year, he tried to stop the Republican National Committee, claiming they didn’t have permission to use his name and image for fundraising.

The RNC refused, saying Trump is a public figure thus it may “refer to public figures as it engages in core, First Amendment-protected political speech.”