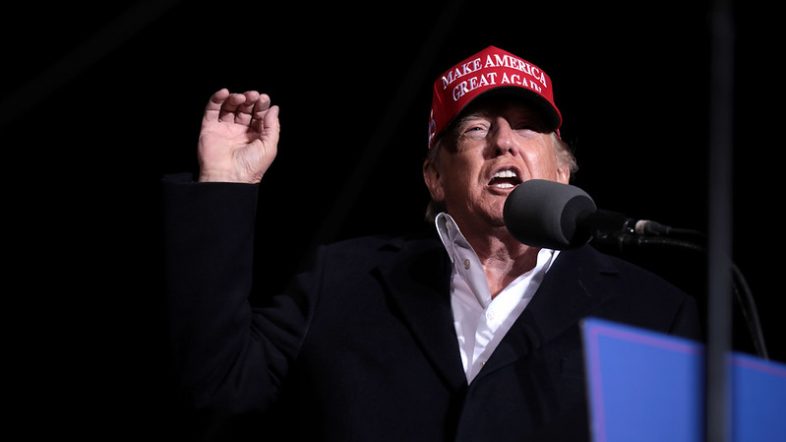 An attorney from Trump’s legal team said they’ll be challenging the raid ‘very soon’ on the basis of the Fourth Amendment.

Former President Trump’s legal counsel said on the Mark Levin Show that he’s preparing to file a Fourth Amendment-related legal challenge “very soon” against the Department of Justice in relation to the Mar-a-Lago raid.

James Trusty, a former federal prosecutor, said that Trump’s legal team is going to “weigh in very strong and very hard,” stating that they are going to be “attacking” the search warrant used in the FBI’s raid on the former president’s Florida estate.

“It should be something that gets publicly filed. So the whole United States will get to read this thing,” Trusty said regarding the action the former president will take. As for the timing of the move, Trusty said Monday is a “possiblity” but added “it’s probably going to be more like hours.”

“You know, the Fourth Amendment requires particularity. It requires narrowness to the intrusion on the person’s home. And this warrant had language in it. And keep in mind, all we’ve seen is a warrant and an inventory. But the warrant has language in it about if you find a classified document, you can take the whole box around, it and you can take any boxes near it. And that’s really the functional equivalent of a general search. There’s just no limit to that kind of scope in the warrant,” Trusty said on the Mark Levin Show.

Trusty said that Trump is “entitled” to a specific inventory list of what was taken from Mar-a-Lago, and went on to say that the property receipt, which was publicly released, is a “very vague document.”

“We are way behind in terms of the government playing fair and giving us the details that we’re entitled to,” Trusty said.

He also called it “perplexing” that FBI agents grabbed items such as attorney-client privileged information and passports belonging to the former president.