The Discarded Americans of January 6

The Discarded Americans of January 6 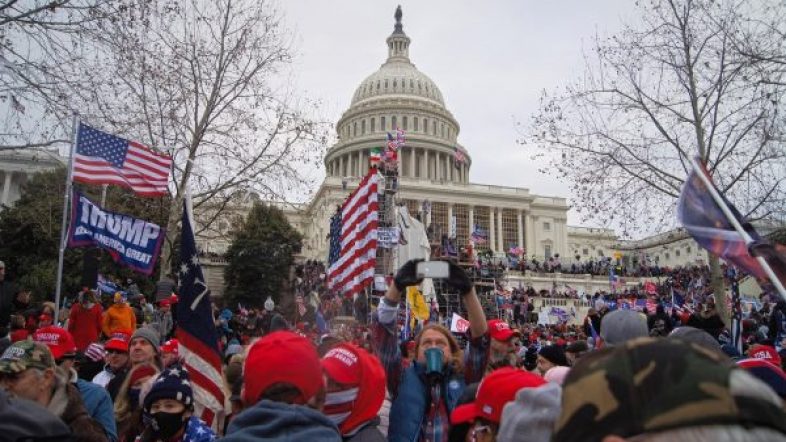 On the morning of January 6, 2021, I was driving to work, close to the 3 rd Street tunnel in
Washington, D.C. As I waited for the traffic light to turn green, crowds of obvious out-of-
towners appeared. They were making their way along the sidewalks towards the mall, that long,
rectangle of grass and gravel central to the Capitol, the Washington Monument, and the
Smithsonian museums. I saw young parents with little ones in strollers, I saw the same elderly
couples I have seen in countless neighborhoods from countless American towns and suburbs. I
watched them with realization: these were the people who had come from all over the country to
support President Trump on the day set aside for Congress to count the electoral votes of the
recent presidential elections. They had come to voice their concerns over the legitimacy of the
results. They had come to exercise their right…their duty as American citizens.

Last week, the House of Representatives passed the Presidential Election Reform Act. The bill
was proposed by Representatives Liz Cheney of Wyoming and Zoe Lofgren of California. It was
meant to address supposed problems with an 1887 law called the Electoral Count Act. Under the
provisions of the original law, members of Congress were authorized to gather soon after
presidential elections to count the states, electoral votes. This law also allowed members of
Congress to raise objections to the results of the votes. Specifically, it stipulated that as few as
two Congressmen or women were enough to render objections valid. The new law requires one
third of the House and Senate to raise concerns over election results before they can be
considered. According to the House members who argued for this law, it is meant to help avoid
another ‘January 6.’

What does it mean to avoid another January 6; I believe it means to stop American citizens
from exercising their right to protest. Essentially, I think it means attacking Americans who have
a vision for our country different from the one proposed by the current administration. This new
law is nothing more than an assault on the millions of Americans who voted for President
Trump. It is an attempt to nullify our voices. Certain parties in the Legislature are telling us that
we do not count. We are not allowed to be worried about the 2020 election results. We are not
supposed to suspect foulplay.

Here is a message from one American citizen to his less-than-satisfactory government: I did not
see insurrectionists walking to the Capitol on January 6. I saw the same everyday Americans
with whom I grew up. Those are not people of violence. The events that followed later that day
are not consistent with the civility with which conservative Americans comport themselves. That
morning, I saw a people who want to be left alone to make their way through life according to
their beliefs, their struggles, and their convictions. I saw free Americans. It was a sight to behold.