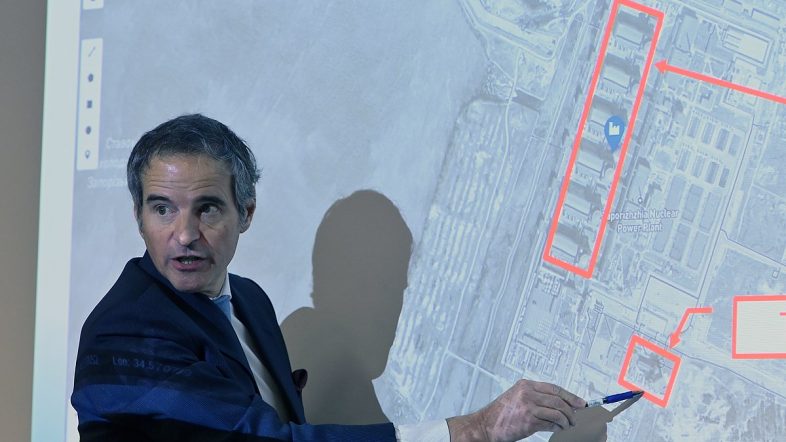 After seizing the Zaporizhzhia Nuclear Power Plant in March, the hundreds of Russian soldiers occupying it have deployed heavy artillery batteries and anti-personnel mines along its reservoir to effectively halt any potential counterattack.

It’s a tactic the world has never seen before: a transformation of a nuclear power station into a military base. The Russian army is increasing the amount and variety of weaponry around the plant day-by-day, according to the Wall Street Journal.

Besides mines and artillery, Russia has stationed a Smerch artillery vehicle, rocket launchers, tanks, and even military guard dogs around the complex.

Senior technicians from Russia’s state atomic energy corporation have also set up a base in a secure bunker beneath the plant.

“They are keeping it like a base for their artillery,” said a European official. “They understand that Ukraine will not answer their attacks from the plant.”

“It seems like this is one of the Russian tactics, to take critical infrastructure and use it as a shield,” said former Ukrainian Defense Minister Andriy Zagorodnyuk.

In a distressing turn on Wednesday, Russian troops threatened to drain the cooling pools in search of weapons they suspect Ukrainian resistance fighters could have hidden under the water.

The plant relies on the pools’ steady flow of water to cool its reactors and spent fuel rods.

The International Atomic Energy Agency has been trying unsuccessfully for months to negotiate an agreement for safe passage to conduct a safety assessment of the site. It says nearly all of its “seven pillars of nuclear safety” have been compromised by the loosely disciplined troops occupying the plant.

“There can be no good radiation safety at a nuclear power plant where personnel are living in an occupied city whose population is terrorized,” said professor Mark Zheleznyak at Japan’s Fukushima Institute of Environmental Radioactivity.