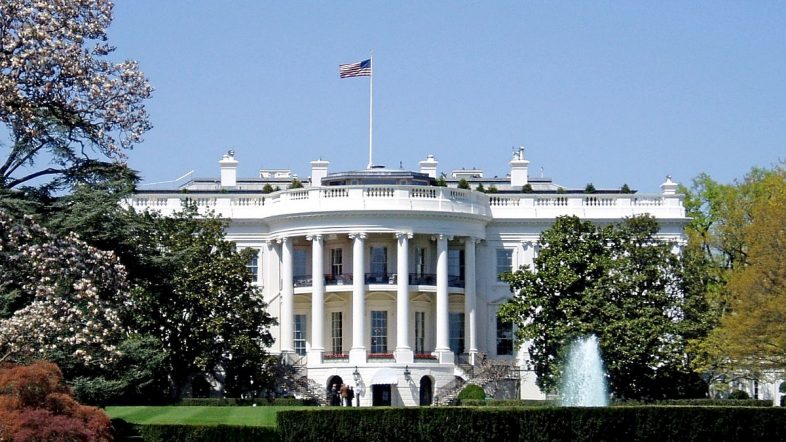 “I’m disappointed that this White House is still encouraging people to break federal law and go and protest in front of the houses of Supreme Court justices, as Jen Psaki encouraged yesterday,” House Minority Whip Steve Scalise (R-LA) said in a press conference.

White House press secretary Jen Psaki said last week that “peaceful protest is not extreme” and that the White House encourages protesting outside of the Justices’ private homes as long as they remain peaceful.

“It is unlawful — it is against the law in this country to protest a sitting judge,” said House Republican Conference Chair Elise Stefanik (R-NY). “We want to maintain the independence of our courts. And the fact that that is being encouraged by this administration is shameful. It’s unconstitutional. It’s meant to intimidate the justices.”

There is a federal law that prohibits “pickets in or near a building or residence occupied or used by judge, juror, witness, or court officer” when it is “with the intent of interfering with or influencing” with that person.

Senate Minority Leader Mitch McConnell (R-KY) also chimed in, stating, “Tying to scare federal judges in ruling a certain way is far outside the bounds of First Amendment speech or protest. It is an attempt to replace the rule of law with the rule of mobs. It appears this may possibly be flat-out illegal.”