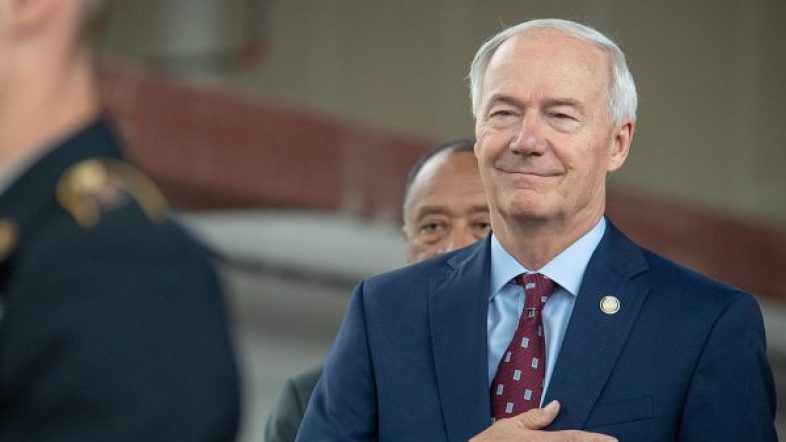 While Trump has focused on if Florida Gov. Ron DeSantis will launch a presidential campaign in 2024 Arkansas Gov. Asa Hutchinson says he hasn’t ruled out launching a campaign.

Background: Gov. Hutchinson has been a notable critic of former President Trump, even saying he doesn’t see him as the future of the Republican Party.

The Arkansas Republican has also been a vocal critic of President Biden, saying the Democrat has been a “weak” and “ineffective” president.

What Happened: During an interview at the National Governors Association winter meeting Gov. Hutchinson did not rule out challenging Trump in 2024.

“I do want to be a voice that talks about conservative, common sense ideas, and we’ll see where that leads,” Hutchinson said.

“Whenever you’re … three years out from [the election,] let’s have a lot of voices out there that can talk to the Republican base, talk about ideas talk about the future, and that’s what I want to shift the debate to,” he said. (per Fox News)

Context: Former President Trump has strongly hinted at launching a third presidential campaign. Last week, Trump was heard declaring himself “the 45th and the 47th” president during a round of golf.

A number of other Republicans have also been floated as possible 2024 contenders but a majority fo them have said they do not intend to run against Trump if he launches a campaign. So far, out of the prospective field of contenders, Mike Pence and Ron DeSantis are the only ones who have not said they will bow out of the primary field if Trump enters the race.