REPORT: Police in Ottawa Could Arrest Anti-Mandate Protestors Without Warrant 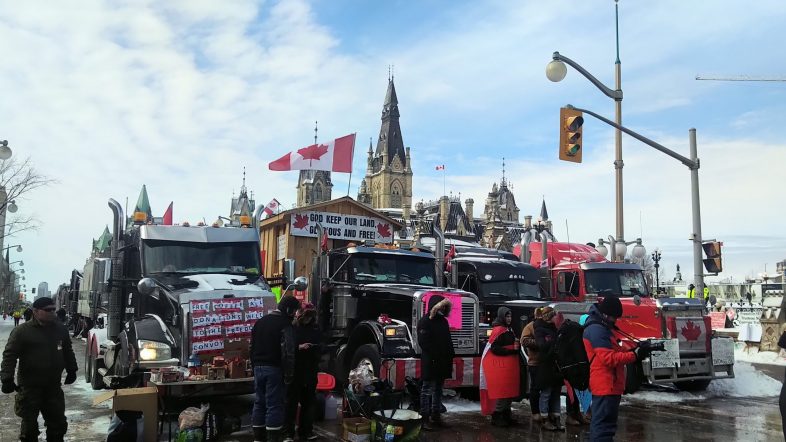 The 'Freedom Convoy' Protest in Ottawa. Photo by ΙΣΧΣΝΙΚΑ-888

Police in the Canadian capitol of Ottawa are now warning that the citizens engaging in the ‘Freedom Convoy’ protests throughout the city may soon be arrested without the need of a warrant.

The Details: The Department’s notice read: “The unlawful act of blocking streets in the downtown core is resulting in people being denied the lawful use, enjoyment and operation of their property…We are providing you notice that anyone blocking streets or assisting others in the blocking of streets may be committing a criminal offence…You could be arrested without a warrant for this offense if you are a party to the offense or assisting others in the direct or indirect commission in this offence,”

The warning comes after the city decided to declare a state of emergency and Canadian Prime Minister Justin Trudeau demanded that the protests ‘must stop.’

On Wednesday U.S. authorities warned that the same kind of protests may spread south and begin to disrupt life in certain cities in the U.S.