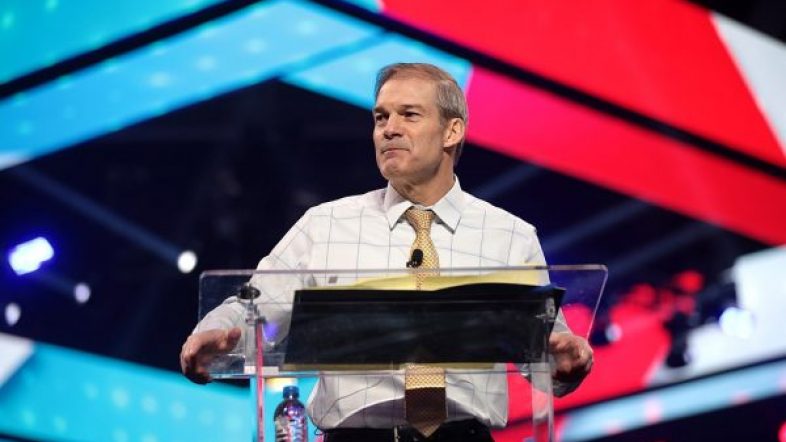 Ohio Rep. Jim Jordan rejected a request from the House Select Committee to “voluntarily cooperate” with the panel’s request for information on past conversations the Congressman has had with President Trump.

Background: At the beginning of the formation of the House Select Committee, House Republican Leader Kevin McCarthy selected Rep. Jordan to serve on the panel as one of multiple Republicans for the “bipartisan” investigation. However, House Speaker Pelosi ultimately rejected McCarthy’s choices which led him to pull each of his nominees. Now, only two Republicans serve on the panel, both of which were nominated by Pelosi.

In December, the House Select Committee investigating the Jan. 6 Capitol riot, requested Rep. Jordan voluntarily turn over information of past conversations he had with Trump the day of the riot.

The House panel has only asked one other Republican to “voluntarily cooperate” with the investigation, Rep. Scott Perry. The Pennsylvania Republican also rejected the panel’s request.

What Happened: In a letter to the panel, Rep. Jordan rejected the panel’s request and accused them of reaching beyond their Constitutional abilities.

“This request is far outside the bounds of any legitimate inquiry, violates core Constitutional priciples, and would serve to further erode legislative norms,” the Ohio representative wrote.

“As you well know, I have no relevant information that would assist the Select Committee in advancing any legitimate legislative purpose,” he added.

What The Panel Says: The panel’s chairman, Rep. Bennie Thompson asserted that Rep. Jordan had multiple conversations with Trump prior to the Capitol riot that could be important to the investigation.

“Public reporting suggests that you may also have information about meetings with White House officials and the then-President in November and December 2020, and early-January 2021, about strategies for overturning the results of the 2020 election,” Thompson added in the letter. (per The Hill)