Psaki Won't Confirm if Biden Would Endorse Kamala for President

Psaki Won’t Confirm if Biden Would Endorse Kamala for President 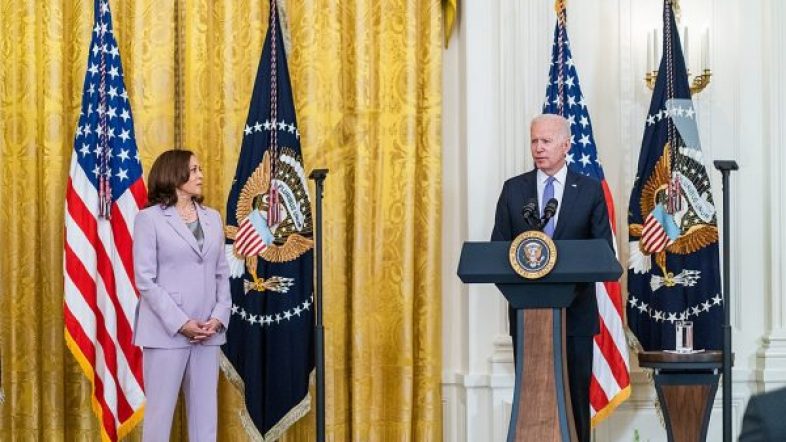 White House Press Secretary Jen Psaki was not able to answer reporters’ questions about Vice President Kamala Harris’ political future, specifically if she would have the support from Joe Biden if she ran for president.

Context: A recent report from CNN cited multiple White House sources that claimed that President Biden’s relationship with his second in command is extremely tense.

The White House sources claimed that the two have reached an “exhausted stalemate” and Kamala Harris has been frustrated by Biden’s lack of support as her approval numbers continue to take a nosedive.

Sources also noted President Biden’s growing frustration with his Vice President and the decision to “sideline” her during a time when many would anticipate him to be lining her up as a potential successor.

What Happened: Fox News White House reporter Peter Doocy asked if Kamala Harris should expect an “automatic endorsement” from Biden if she runs for president in 2024 or 2028.

“I don’t have any predictions of whether she will run, when she will run; I will leave that to her.”

“But I can tell you that there’s been a lot of reports out there, and they don’t reflect his view or our experience with the Vice President,” Psaki claimed.