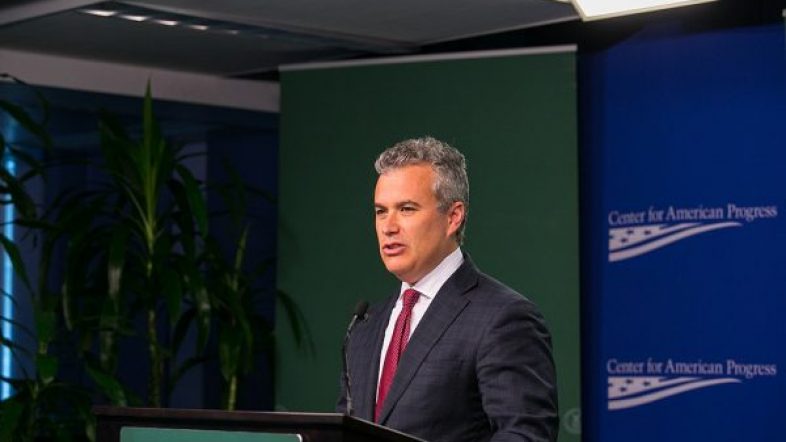 In 2017, Jeff Zients became a founding board member of the Biden Cancer Initiative.

In 2020, Zients served on President Biden’s White House transition teams before being tasked as the lead for the administration’s Covid response team.

What Happened: On Thursday, Zients announced his plan to step down from the role.

President Biden confirmed the resignation in a statement thanking Zients for his hard work.

“Jeff spent the last 14 months working tirelessly to help combat COVID.  He is a man of service and an expert manager. I will miss his counsel and I’m grateful for his service,” President Biden said in his statement.

Why It Matters: Zients’ departure further signals the administration’s recent effort to shift away from Covid-19 and return to normal.

During his State of the Union address, President Biden emphasized the country’s need to move past Covid-19.

“Thanks to the progress we have made this past year, COVID-19 need no longer control our lives,” Biden said. “We will continue to combat the virus as we do other diseases. And because this is a virus that mutates and spreads, we will stay on guard.”

What Comes Next: Besides Zients’ immediate departure reinforcing the administration’s efforts to move away from Covid-19, the Biden veteran has also been floated as a possible figure to take over as the next White House chief of staff.

Last month, Ron Klain didn’t shy away from the fact that it’s only a matter of time before he steps down as chief of staff.

“It is a grinding job, there’s no question about it,” Klain told the Washington Post. “It takes a lot of stamina to do it. So we’ll see how long it lasts.”