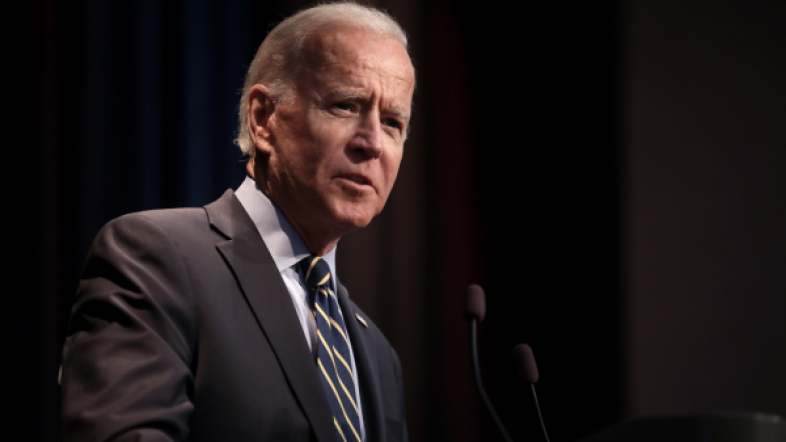 President Biden has suffered a series of brutal defeats and disasters throughout his first year in the White House.

Background: At the beginning of Biden’s presidency he rolled back a number of his predecessor’s border policies, triggering thousands upon thousands of illegal immigrants to flood the border and run through resources. His decision to roll back a number of Trump policies has triggered a series of lawsuits from border states heavily affected by Biden’s open borders.

During President Biden’s first-year inflation rates have risen to a 40-year high.

In August, President Biden officially withdrew the U.S. military from Afghanistan. The chaotic withdrawal ended with hundreds of Americans being stranded in Afghanistan as The Taliban took over the region.

Americans are also suffering through a historic supply chain crisis and high prices at the gas pump.

The new Omicron Covid-19 variant has caused a nationwide testing and mask shortage after President Biden promised to “shut down the virus” on the campaign trail.

President Biden and Vice President Harris have also seen steadily declining approval ratings for months with both politicians now sitting in the mid-30s.

What Happened: After a series of defeats, President Biden is pushing harder for a win. This week President Biden delivered a speech in Georgia endorsing Democrat’s push to change Senate filibuster rules to pass the John Lewis Voting Rights Act.

However, even the No. 2 Senate Democrat Dick Durbin admitted Biden may have “gone too far” during his speech which The Washington Post gave four Pinocchios.

Why It Matters: President Biden’s streak of failures is especially telling as Democrats control both chambers of Congress yet have been able to accomplish very little of the Build Back Better Agenda.

President Biden’s inability to lead or make progress on his agenda will undoubtedly lead to Democrats questioning his ability to successfully run for a second term and look elsewhere for a candidate.

Some reports have suggested Hillary Clinton is considering launching a presidential run in 2024.