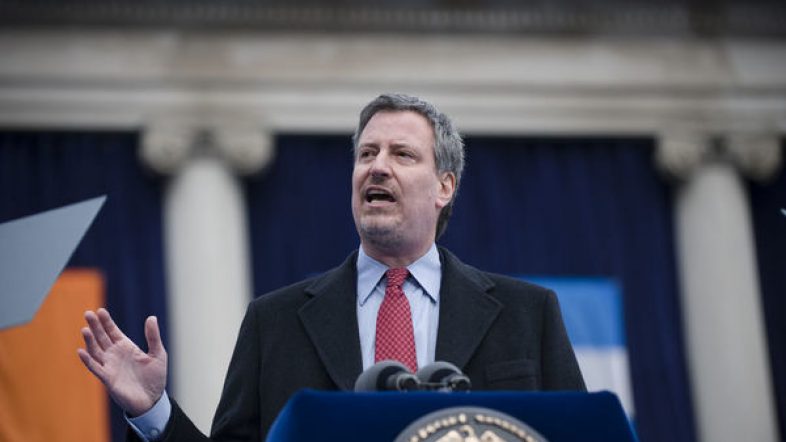 Background: President Biden previously announced businesses with over 100 employees would require them to be vaccinated against Covid-19.

The new mandate brought on immediate black lash from lawmakers and Americans and the measure is now at threat of being destroyed by the Senate.

What Happened: Mayor de Blasio announced the “first of its kind” vaccine mandate over the concern of the new omicron variant. The new mandate is an expansion of the city’s vaccine requirement already in place for city workers.

“We’ve got omicron as a new factor; we’ve got the colder weather, which is going to really create additional challenges with the delta variant; we’ve got holiday gatherings. We in New York City have decided to use a preemptive strike to really do something bold to stop the further growth of COVID and the danger it’s causing to all of us,” de Blasio said during an appearance on MSNBC’s “Morning Joe.”ADVERTISEMENT

Details: Starting Dec. 27, all employees will have to show proof of vaccination.

Mayor de Blasio also announced that children 5-11 will have to show proof of vaccination in order to dine indoors and use fitness facilities.

Protests against the new mandate have already begun in New York.