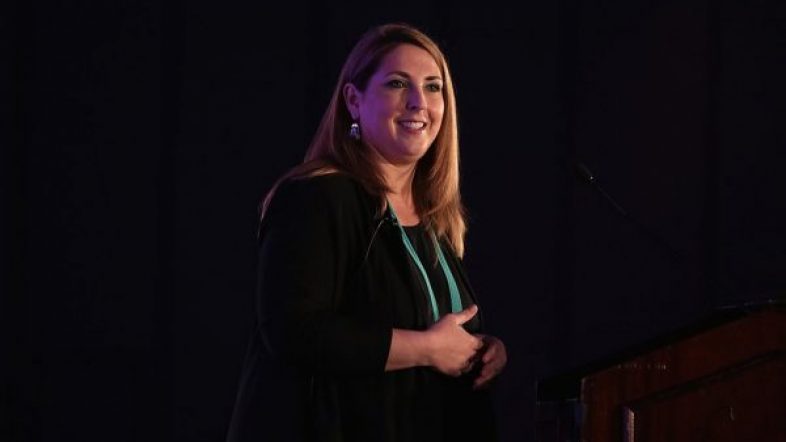 A new book by Johnathan Karl claims that President Trump threatened that he was going to leave the GOP to create a new party.

The threat was made to RNC Chairwoman Ronna McDaniel during the last day of Trump’s presidency.

CONTEXT: On the last day of his presidency President Donald Trump launched into an angry tirade that he eventually backed off of.

What caused Trump to back off were threats from Republican leaders. The threats would have cost Trump millions of dollars.

Why this is important: Trump was the leader of the Republican party at the time and was not concerned with destroying the party.

Trump’s attitude, according to Karl, was that he wanted everyone around him to lose as well. McDaniel expressed concern about losing forever and Trump seemed to agree, saying, “exactly. You lose forever without me, I don’t care.”

The reason, Trump did not feel that the party fought hard enough to overturn the election in his favor, and in turn, wanted to punish them.

According to the book, Trump wasn’t thinking out loud he was announcing his intentions.

The threats that made Trump back down were twofold. The first threat was to stop paying Trump’s legal bills. The second, and most powerful, would be to render Trump’s 40 million donor email addresses worthless.

Ronna McDaniel: “This is false, I have never threatened President Trump with anything. He and I have a great relationship. We have worked tirelessly together to elect Republicans up and down the ballot, and will continue to do so.”

President Trump: ABC Non News and 3rd rate reporter Jonathan Karl have been writing fake news about me from the beginning of my political career. Just look at what has now been revealed about the Russia, Russia, Russia hoax. It was a made up and totally fabricated scam and the lamestream media knew it. It just never ends!”

Trump to Karl: “You mean I was going to form another party or something? Oh, that is bulls**t. It never happened.”