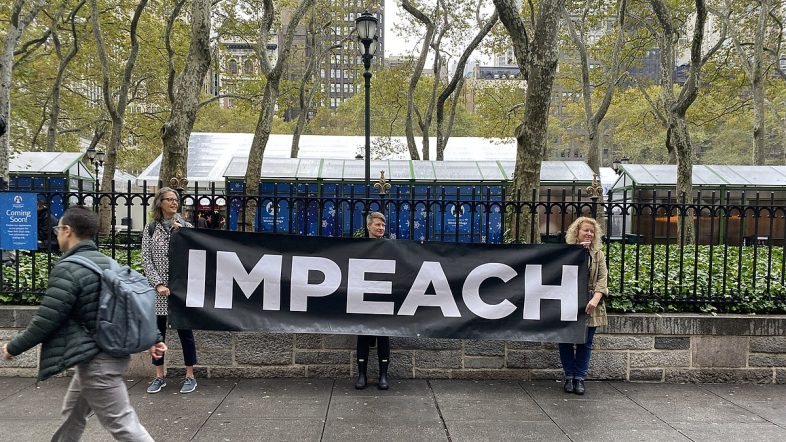 According to a new UMass Amherst Poll, 68% of Republicans polled want Biden impeached if the GOP takes back control of Congress.

Over half of Republicans polled (53%) said they believe a Republican-controlled House will actually impeach Biden.

As the poll’s director notes, the results represent a stunning shift on impeachment.

“The decision to impeach a president was once viewed as a last resort to reign in a president who pushed or broke through the boundaries of our laws, values and ethics,” says Tatishe Nteta, associate professor of political science at UMass Amherst and director of the poll. “Today, impeachment is no longer a final option, but one of many weapons to be used in an era of rampant partisan polarization to gain an upper hand on one’s partisan opponents.

Another interesting tidbit from the poll: how voters top issues vary by party.

Economy was the easy top, with nearly half of Republicans (45%) and over a third of Independents (37%) citing the issue. However, among Democrats, nearly identical proportions cited the economy (22%), climate change (20%), and abortion (18%).

Democrats risk isolating themselves from Independents if they put too much emphasis on social issues or appear weak on economic policy.